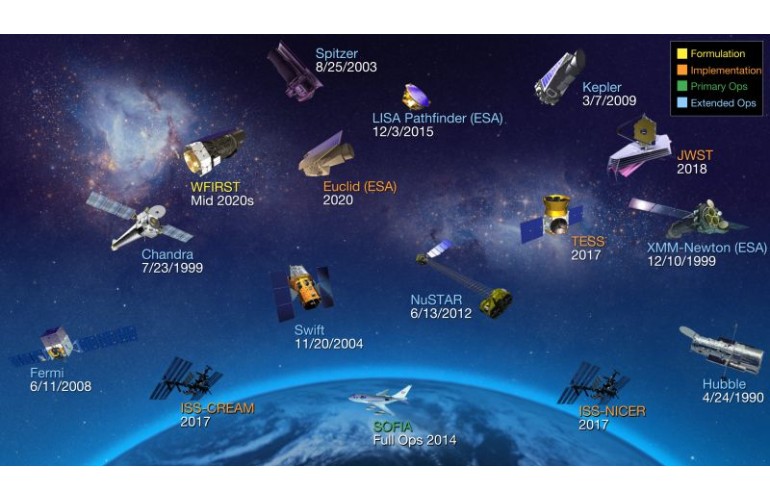 Their missions to discover how the universe works have produced spectacular results.  The age and size of the universe have been mapped based on the radiation left by the big bang. And Black holes are now known to be present at the center of most galaxies.

But NASA’s going to need more astronomers to continue the study of high energy astrophysics, gravitational waves, space exploration and planets in the solar system.

Currently, there are only about 10 African American astronomers working as tenured professors in the U.S.

Over the next five years, Howard University will serve as a research partner in a cooperative agreement with the National Aeronautics and Space Administration (NASA) Goddard Space Flight Center.

The Center recently announced an $87.5 million agreement to support research performed by the Center for Research and Exploration in Space Science & Technology (CRESST) under the CRESST II agreement.

The CRESST II mission will work to increase the involvement of minority and women scientists in space science research and to facilitate undergraduate and graduate student participation in active research projects.

“As a research partner in CRESST II we have a fantastic opportunity to increase the numbers of African American undergraduate and graduate students studying astrophysics, planetary science, and cosmology,” says Howard University’s Lead Investigator Marcus Alfred, Ph.D., associate professor, Department of Physics & Astronomy. “In general, many more Howard STEM faculty, post-docs, and students will work on missions and do research at NASA Goddard than in the past.”

CRESST was first launched in 2006 under a 10-year cooperative agreement.

The CRESST II agreement is valued at $87.5 million over the next five years and provides for a renewal option for another five years.

Howard University will manage approximately $875,000 per year (five percent of the total budget).

The close association between NASA Goddard and the CRESST II partner institutions will enhance STEM education and diversity, creating opportunities to train a new generation of leaders in space science.

Howard University produces more on-campus African-American Ph.D. recipients than any other university in the United States.