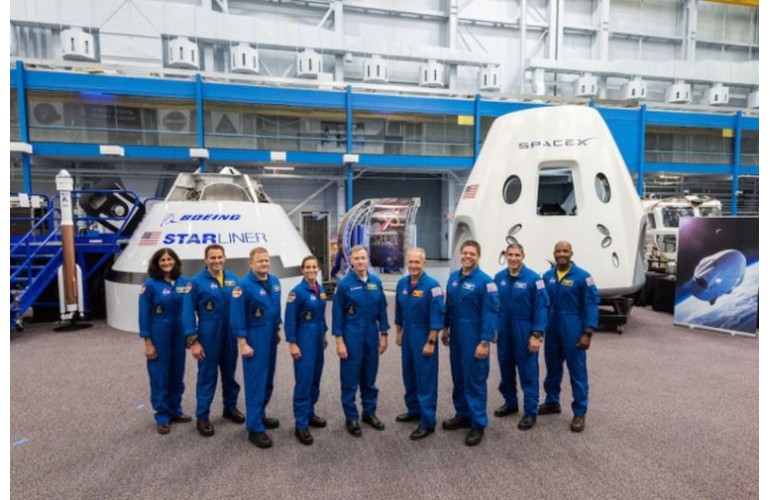 The agency has contracted six missions, with as many as four astronauts per mission, for each company. After each company completes its crewed test flight, NASA will begin the final process of certifying that spacecraft and systems for regular crew missions to the space station.

“The men and women we assign to these first flights are at the forefront of this exciting new time for human spaceflight,” said Mark Geyer, director of NASA’s Johnson Space Center in Houston. “It will be thrilling to see our astronauts lift off from American soil, and we can’t wait to see them aboard the International Space Station.”

NASA’s continuous presence on the space station for almost 18 years has enabled technology demonstrations and research in biology and biotechnology, Earth and space science, human health, physical sciences. This research has led to dramatic improvements in technology, infrastructure and medicine, and thousands of spinoff technologies that have improved quality of life here on Earth.

The public-private partnerships fostered by the program will stimulate growth in a commercial space industry and spark life-changing innovations for future generations. Learn more about NASA’s Commercial Crew Program at: