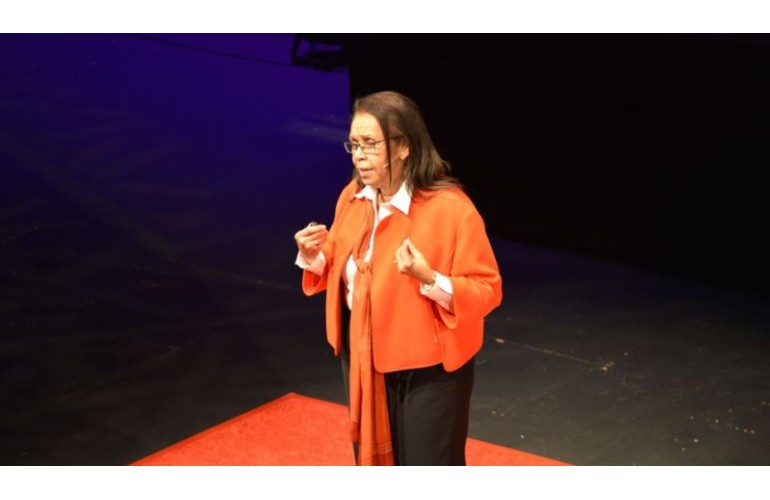 The National Academy of Inventors (NAI) has named 155 inventors to NAI Fellow status.

“Congratulations to the exceptional academic inventors who comprise the 2017 class of NAI Fellows,” said Shirley Malcom, head of the Directorate for Education and Human Resources Programs at the American Association for the Advancement of Science.

“It was my privilege to support the important mission of the NAI as a member of the Fellows Selection Committee. The NAI Fellows Program plays a vital role in bringing to the forefront the scientific and economic contributions of our nation’s inventors.”

Smart is something we become, Malcom told a TEDx audience in the photo.

Those elected to the rank of NAI Fellow are named inventors on U.S. patents and were nominated by their peers for outstanding contributions in areas such as patents and licensing, innovative discovery and technology, significant impact on society, and support and enhancement of innovation.

“I am incredibly proud to welcome our 2017 Fellows to the Academy,” said NAI President Paul Sanberg. “These accomplished individuals represent the pinnacle of achievement at the intersection of academia and invention––their discoveries have changed the way we view the world. They epitomize the triumph of a university culture that celebrates patents, licensing, and commercialization, and we look forward to engaging their talents to further support academic innovation.”

The National Academy of Inventors is a 501(c)(3) non-profit member organization comprising U.S. and international universities, and governmental and non-profit research institutes, with over 4,000 individual inventor members and Fellows spanning more than 250 institutions.

It was founded in 2010 to recognize and encourage inventors with patents issued from the U.S. Patent and Trademark Office, enhance the visibility of academic technology and innovation, encourage the disclosure of intellectual property, educate and mentor innovative students, and translate the inventions of its members to benefit society. The NAI publishes the multidisciplinary journal, Technology and Innovation, Journal of the National Academy of Inventors.

With the election of the 2017 class, there are now 912 NAI Fellows, representing over 250 research universities and governmental and non-profit research institutes. The 2017 Fellows are named inventors on nearly 6,000 issued U.S. patents, bringing the collective patents held by all NAI Fellows to more than 32,000 issued U.S. Patents.

Included among all NAI Fellows are more than 100 presidents and senior leaders of research universities and non-profit research institutes; 439 members of the National Academies of Sciences, Engineering, and Medicine; 36 inductees of the National Inventors Hall of Fame; 52 recipients of the U.S. National Medal of Technology and Innovation and U.S. National Medal of Science; 29 Nobel Laureates; 261 AAAS Fellows; 168 IEEE Fellows; and 142 Fellows of the American Academy of Arts & Sciences, among other awards and distinctions.