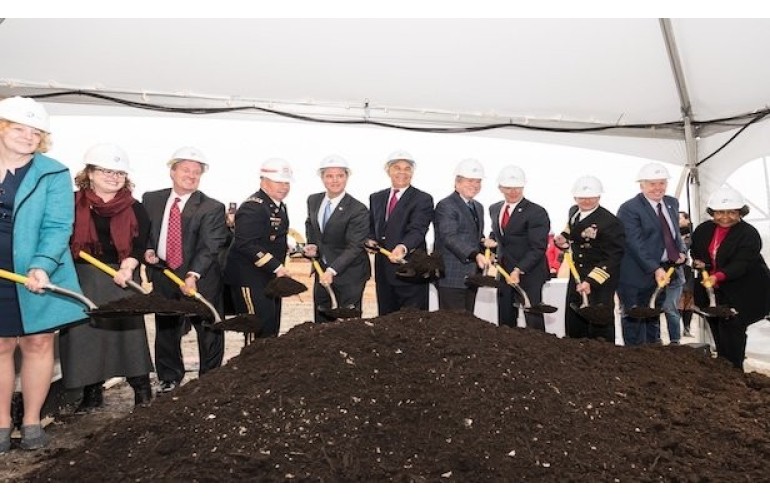 The 1 million square foot, 100-acre, 3,100 initial jobs, $1.75-billion new western HQ for the NGA, at the heart of the 1,500-acre mixed-use NorthSide Regeneration Development in North St. Louis, is being touted in the national media as a signal of both St. Louis’ prospective emergence as a Global Geospatial-Intelligence Hub and as a nationally significant breakthrough in urban revitalization of the long-neglected and disinvested North St. Louis community.

The new NGA HQ and the surrounding 1,500-acre NorthSide Regeneration Development are adjacent to downtown St. Louis and are connected to Downtown via the several block-long “Gigabyte Corridor” along North Tucker Blvd — which includes the adaptive reuse now under construction at the former Post-Dispatch Building by Square Co-Founders Jack Dorsey and Jim McKelvey, which will become home for 1,400 square workers, and The Globe Building, the 500,000 square foot high tech anchor.

St. Louis now has the opportunity to emulate the broad-based civic collaboration over the past 19+ years in its BioBelt Plant & Life Sciences Strategy, which now has advanced St. Louis to become one of the top biotech regions in the nation.

“St. Louis Named “One of the Fastest Growing and Top Ranked Emerging Life Sciences Markets in the U.S.” | March 31, 2019

It’s time to join forces as a community to fulfill this immense new potential, just as we did back in 2000 in making St. Louis into a national BioBelt Plant & Life Sciences leader!