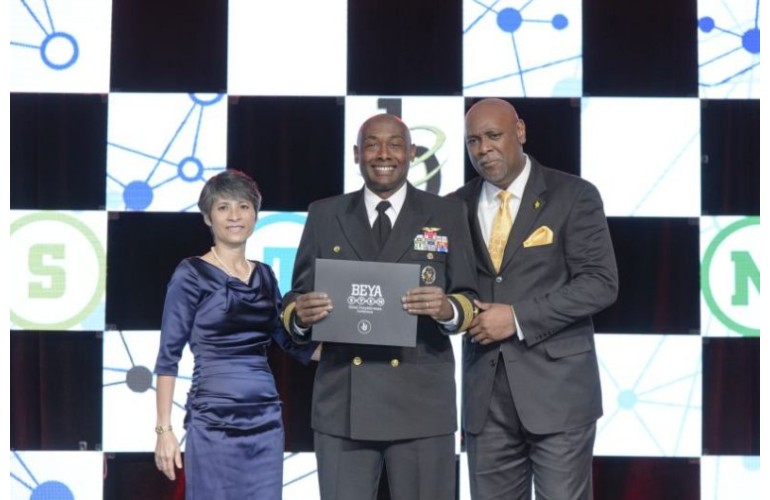 U.S. Navy Captain Stephen D. Barnett has been tapped for promotion to Rear Admiral and nominated for the 2019 Navy Stars and Stripes Award at the Black Engineer of the Year Award (BEYA) Science, Technology, Engineering, and Math (STEM) Conference.

Admiral John M. Richardson, Chief of Naval Operations, will present the award to Capt. Barnett at the Stars and Stripes event during the BEYA STEM Conference in Washington D.C.

An alumnus of historically black Tennessee State University, Barnett received his bachelor’s degree in mechanical engineering at TSU and earned his commission at Aviation Officer Candidate School in 1991.

Barnett has served as the chief of staff of Commander, Navy Installations Command since May 2018.