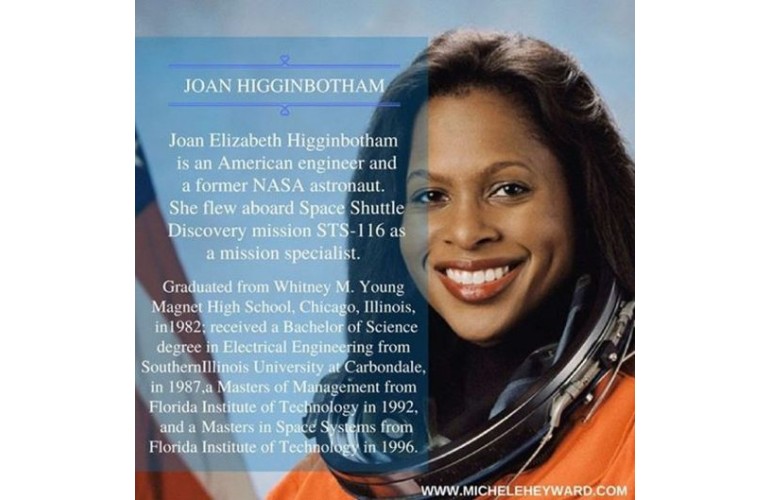 Higginbotham began her career with the National Aeronautics and Space Administration (NASA) as a payload electrical engineer in the Kennedy Space Center’s Electrical and Telecommunications Systems Division and later became an astronaut at NASA’s Lyndon B. Johnson Space Center.

Higginbotham is one of three African-American women to travel into outer space. In 2006, she completed NASA’s space shuttle discovery mission STS-116 serving as a mission specialist during the 12-day excursion. During her time with NASA, she completed three additional missions.

After her successful stint with NASA, Higginbotham served in an executive role with Marathon Oil Company. Currently, she serves on the NCCU Board of Trustees as secretary, an appointment she has held since 2013.

Higginbotham obtained a bachelor’s degree in electrical engineering from Southern Illinois University Carbondale. She also earned master’s degrees in management and space systems from the Florida Institute of Technology. She also was awarded an honorary doctorate in aerospace science from Southern Illinois University Carbondale.

She is active in a number of civic and service organizations, including the Association of Space Explorers, Delta Sigma Theta Sorority Inc., The Links Incorporated, the Charlotte Douglas International Airport Commission and Johnson C. Smith University Board of Visitors and Science Center Advisory Board.

A separate ceremony for graduate and professional students will take place Friday, May 12, in McDougald-McLendon Arena.