Need to Nail that Internship? Here’s the Ultimate Guide 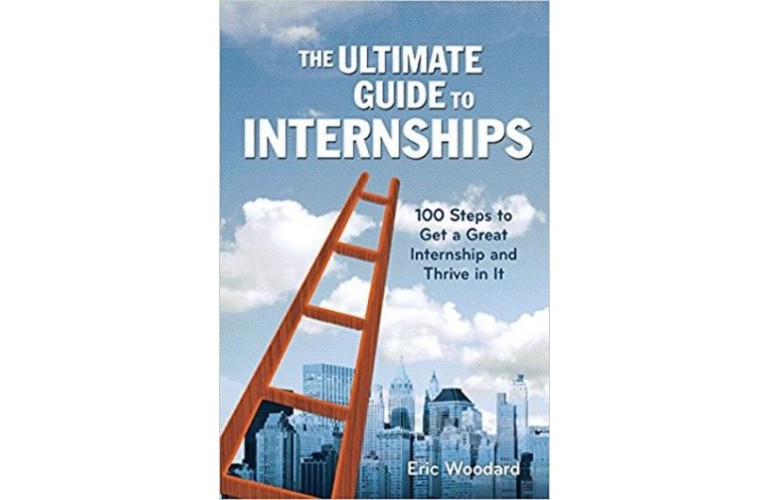 Looking to nail a great internship? The Ultimate Guide to Internships: 100 Steps to Get a Great Internship and Thrive in promises to give you the heads up.

The recent title from Eric Woodard, published by Allworth Press, says the high-impact internship that intern candidates covet can be found with the right initiative, tools, and insight.

Woodard clearly knows something about internships. He is a former White House intern and currently Director of Fellowships and Internships at the Smithsonian Institution in Washington, D.C.

Woodard’s book is organized in 100 actual steps, or chapters, for finding a viable internship and succeeding with it. Woodard devotes several paragraphs of practical advice to each of the 100 steps, delivering his brand of perspective in a conversational, thoughtful tone.

Here are some examples from the 100:

Woodard advises internship candidates to adopt a “multilayered” strategy to finding a position; in other words, a campaign that will include not only standard items like a cover letter, resume, and references but also perhaps a testimonial/reference sheet, online portfolio, and a ready-to-go thank-you note.

“Do you need all this stuff to get an internship? No. But the more you have the greater the chance you get the internship you want,” he writes.

Woodard contends that being an intern is no time to be shy and retiring, afraid to mix it up with your employers. “The difference between the average intern and the great intern (or the average/great anybody) is that the great person faces the fear and speaks their mind anyway. When you have an idea, say it.”

Woodard sprinkles in throughout his book numerous other tips, situations, occurrences, and possibilities regarding internships, such as his thoughts about paid and unpaid internships; leveraging social media in the internship process; what interns should know about corporate office etiquette and decorum; sources of internships; interviewing for internships; selecting mentors; and how to manage your bosses.

He seems to have touched on everything anyone would need or want to know about internships.

In Step 57, in the chapter “Manage Your Manager,” Woodard says the key is to take initiative with your superior. The higher the level of the boss you are assigned to, typically the more help they will need, Woodard writes.

“During your internship, you should be prepared to take a step forward. When the situation calls for it, be ready to take the initiative and manage your supervisor. This sometimes takes some subtle maneuvering and savvy, but if you’re able to master this skill, you’ll go far,” according to Woodard.

In the next step, Step 58, Woodard takes managing bosses a step further.

That step is titled “Slay Dragons,” in which he discusses how to deal with the truly difficult intern boss. He calls them “dragon bosses.” Woodard says dragon bosses can be tough, mean, and disrespectful, but he urges interns not to shy away from the challenge of dealing with them.

Don’t be a “shrinking violet” if you are assigned to a dragon boss, he writes.

Woodard adds that each intern has to determine how much he or she is willing to take. The author says that for him, in an internship scenario in his own career, the line crossed occurred when a dragon boss questioned his value as a person rather than focusing on the actual work and performance in the workplace.

“So I let (the boss) have it,” Woodard writes. Yet he says he did not get fired for pushing back because bullies often go silent when confronted.

Woodard, who blogs on the website GreatIntern.com, a site he founded to teach students the ins and outs of being successful during their internships, landed an internship at the White House-securing the position even after being out of college for several years and while working as a scuba instructor on Guam.

And he also got the White House gig even after attending five different universities during his college career.

Woodard, who grew up in Thailand, then went on to create and manage internship programs around the nation’s capital, including for the U.S. Senate. He also leveraged that White House internship into positions in the Clinton Administration, where he worked for first lady Hillary Rodham Clinton in various capacities. He joined the Smithsonian in 2012.

Woodard’s book is somewhat unconventional in the advice he offers, but he covers a lot of bases, tells a lot of stories, and drops in some interesting quotes from very famous people.

He even advises readers, for instance, how to call in sick and deal with work schedules and coming in late.

Then there is the story of safety pins, in Step 90, “Top Things Most Needed in an Office.”

When serving as an intern at the White House, he ripped his pants on a door latch, and a staffer had a drawer full of safety pins that bailed him out of an uncomfortable position. “Thanks to her, I was able to patch myself together fairly well and continue the day. Ever since then, I’ve always made sure that I’ve had a good supply of safety pins–for myself, and others,” Woodard writes.

Going through the index in the back of the book will reveal them conveniently for readers’ consideration.