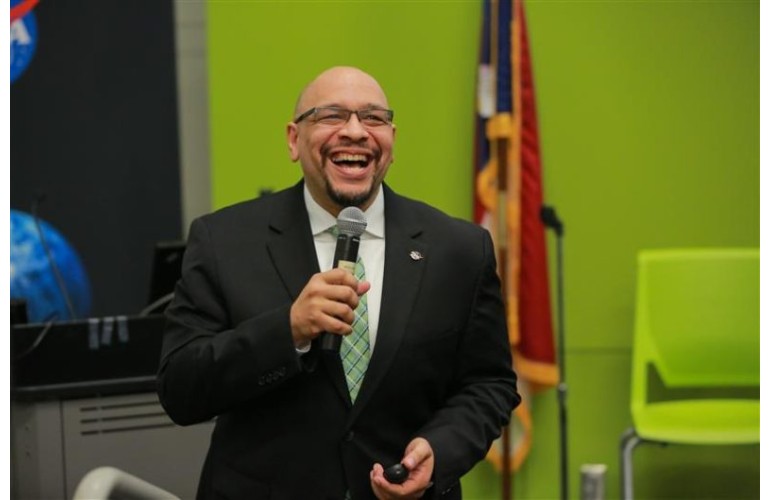 A NASA pitch competition for students will officially become part of the HBCU Scholar Recognition Program, part of the White House Initiative on Advancing Educational Equity, Excellence, and Economic Opportunity. According to NASA, the competition will be a small-scale version of NASA’s Minority University Education and Research Program (MUREP) Innovation and Tech Transfer Idea Competition (MITTIC).

“NASA is excited to formalize our participation and see the innovated ideas HBCU scholars will bring to the competition.” said MUREP manager Torry Johnson. “Since 2018, MITTIC has provided students at Minority Serving Institutions a glimpse into NASA’s Technology Transfer Program and a unique opportunity to explore their entrepreneurial interests using NASA’s technology portfolio.”

Through this “mini MITTIC” pitch competition, teams of HBCU scholars will investigate selected NASA intellectual properties for potential uses in the commercial sector. The teams will work closely with NASA’s MITTIC team and subject matter experts while creating “Space Tank” pitches to explain the commercial viability of their proposed ideas.

NASA has a long history of facilitating the transformation of its technologies into commercial products and services. NASA’s Technology Transfer Program, managed by the Space Technology Mission Directorate, the agency’s headquarters in Washington, ensures that the innovations developed for exploration and discovery are broadly available to the public, maximizing the benefit to the nation.

Through the HBCU Scholar Recognition Program, the White House Initiative on Advancing Educational Equity, Excellence, and Economic Opportunity annually recognize students from HBCUs for their accomplishments in academics, leadership, and civic engagement. Over the course of an academic school year, HBCU scholars participate in professional development through monthly classes and have access to a network of public and private partners.

Partnerships, such as the White House initiative’s work with NASA, have helped increase participation in and awareness of the HBCU Scholar Recognition Program.

Since the inception of the initiative’s student programming in 2014, NASA has helped it engage with cohorts of HBCU scholars and provided access to NASA networks, training, resources, and partners.

“Our relationship with NASA validates the Biden-Harris Administration’s and the initiative’s commitment to enhancing STEM in the HBCU space,” said Arthur McMahan, senior associate director for the Initiative. “This opportunity provides our outstanding HBCU Scholars with the tools and experiences needed to succeed in the 21st Century economy and beyond.”

Through their relationships with NASA, community-based organizations, and other public and private partners, HBCU scholars will also share promising and proven practices that support opportunities for all young people to achieve their educational and career potential.

HBCU scholars will begin working with NASA as soon as they are accepted into the recognition program and present their team pitches during the Annual National HBCU Week Conference in September.