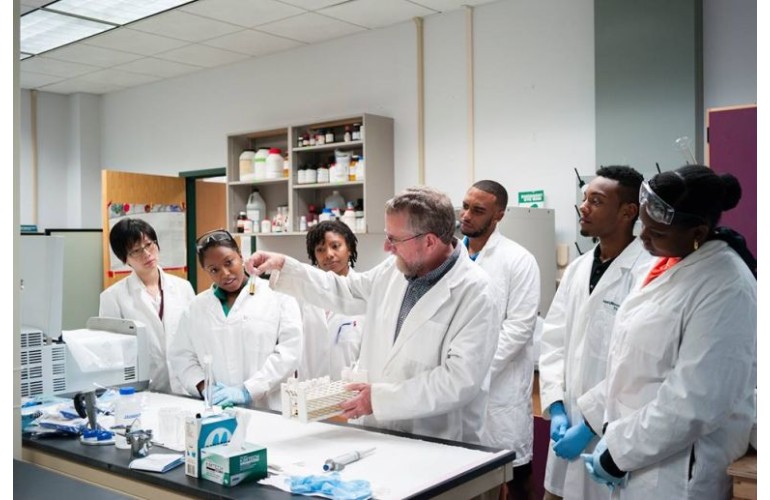 A leading program at Florida A&M University, the Environmental Sciences Institute, which was established in 1995 became the School of the Environment in 2011.

The FAMU School of the Environment offers students, government agencies, private sector companies, communities and other organizations a range of services.

One of them is the National Oceanic and Atmospheric Administration (NOAA) Environmental Cooperative Science Center at FAMU’s School of Environment.

The center has helped increase the number of scientists from historically underrepresented groups in environmental, coastal, and oceanic sciences.

Eight are working as employees of the National Oceanic and Atmospheric Administration (NOAA), the scientific agency that studies the skies and oceans, while others are employed by state governments or as researchers in academic settings.

In August 2016, the Educational Partnership Program with Minority Serving Institutions, part of the NOAA Office of Education, awarded $11.9 million in cooperative agreements to four institutions to educate and graduate students in NOAA mission-related scientific fields.

These institutions partnered with 24 other schools to establish cooperative science centers.

Since the first awards were made in 2001, NOAA Cooperative Science Centers have awarded post-secondary degrees to over 1,600 students in NOAA-mission fields.

The long-term goal is to increase the number of students, particularly from underrepresented communities, who attend Minority Serving Institutions and graduate with degrees in science, technology, engineering, and mathematics (STEM). These graduates will be diverse, well-trained and ready for the future NOAA workforce candidate pool.