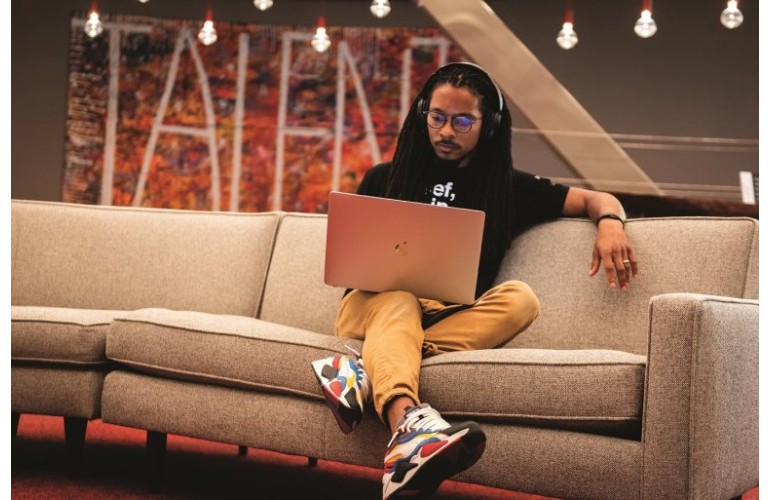 In a statement on the Netflix Partnership, Norfolk State University (NSU) said the program offers students the chance to gain skills in Java programming, applied data science, and UX/UI (user interface/user interface engineering) through the curricula developed by industry experts and Netflix professionals.

According to NSU, alumnus and Netflix senior engineer, Michael Chase, played a leading role in bringing the initiative to the HBCU campus.

In an interview with Sharon Riddick Hoggard featured on Norfolk State’s website, Chase told Hoggard that he simply spoke up in a meeting of Netflix executives planning a trip to the nation’s capital, and suggested they visit NSU. (Photo courtesy of Norfolk State University)

“NSU showed up extremely well. The company was convinced that the university would be a great partner because the faculty and students exhibited knowledge and skills. It left an impression,” he said. Chase has served on the computer science department’s Computer Science External Advisory Board. “I saw it as an opportunity to make things happen like the Netflix boot camp,” he told Hoggard. “I thought if we could just get NSU exposure to the west coast and Silicon Valley, it would be an immediate match or connection.”

To date, Eighty students have enrolled, mostly from the sciences and tech areas. Through this partnership, the Netflix HBCU Boot Camp offers cutting-edge programs that allow students and alumni to participate in a 16-week course.