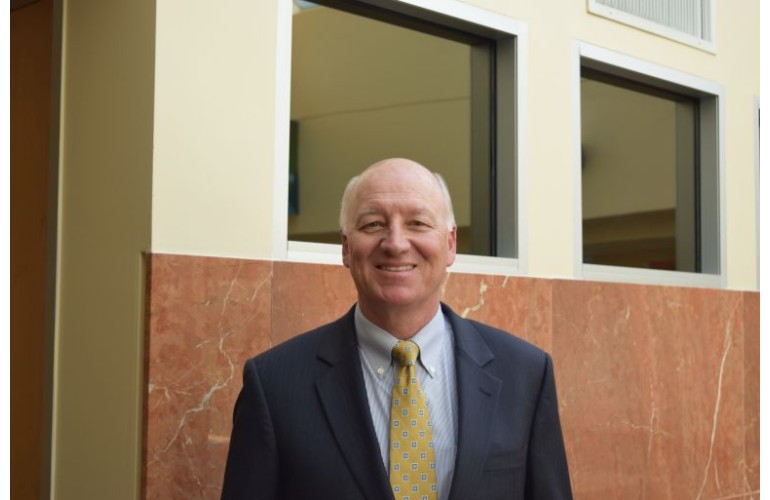 Dr. Barry Burks is Vice Chancellor of the  Division of Research and Economic Development at North Carolina A&T State University.  Recently, he shared a few discoveries in medicine, agriculture, environmental science, and cyber security that A&T have either received patents for or have patents pending.

The threat of cyber crime and cyber terrorism is a relatively new threat.  North Carolina A&T operates two research centers that focus on these issues.

Researchers in the Center for Advanced Study of Identity Science collaborate with partners at Clemson University and University of North Carolina Wilmington to develop techniques that deter identity theft and other forms of malicious cyber activity.

The Center for Cyber Defense studies broader issues of cyber security and is a Department of Defense Center of Excellence.  Both centers receive funding from several defense, intelligence, and security agencies.

Food production and safety are also global issues being addressed by North Carolina A&T.  We are developing more efficient methods of growing crops including environmentally friendly methods for pest control.

Outreach activities include the cooperative extension program that serves farmers throughout the state of North Carolina (jointly staffed by NC State University) and also programs supported by US Department of Agriculture and USAID to train farmers in developing countries in Asia, Africa, and South America.

Agricultural research at North Carolina A&T tends to focus on impacts to small farm operations though the methods developed certainly have applicability at large commercial operations as well.

One of the largest research efforts at North Carolina A&T is the development of novel materials from Nano scale to macro scale.

On the smaller scale, we are developing new composite materials and techniques for 3D printing of metals.

We have a National Science Foundation- funded Engineering Research Center in which we partner with the University of Cincinnati and the University of Pittsburgh to develop magnesium based alloys with biomedical applications.  These alloys are also of interest for transportation and military applications where lightweight metals are required.

Another large effort is in the development, control, and test of autonomous systems including systems of systems.

Much of this research is applicable to national defense priorities but is also applicable to transportation.  The data integration, analysis, and management tools that we are developing have a very wide applicability, as we become a more data centric and data dependent society.

One of our faculty members in the Nano engineering Dept. has been working on improved battery technology and has developed methods to build more efficient lithium ion cell batteries by improving anode and cathode designs.

One of our civil engineers has developed a polymer-based technology for decontaminating water.  This is particularly applicable for contaminated groundwater.

Another civil engineer has developed an adhesive from hog manure that can be used as a binder in asphalt replacing petroleum.  The resulting bio-asphalt can be produced cheaper than conventional asphalt and is more resistant to cracking and developing potholes.

One of our food scientists has developed a conjugate of aspirin that reduces the stomach irritation of conventional aspirin and also can be used in chemotherapy.

All of these technologies have been licensed for commercialization or are in final stages of negotiations to license.