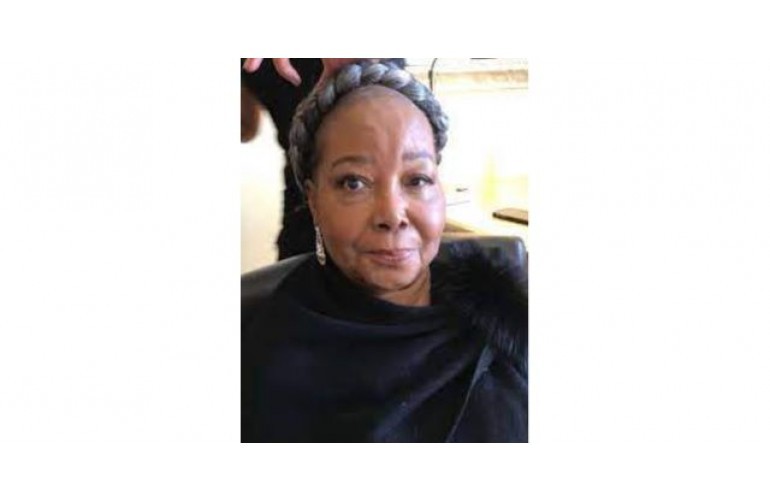 True to her name, she blossomed in life and was the enduring centerpiece of her family. Pamela was a mother, daughter, sister, wife, aunt, grandmother, great-grandmother, cousin, caregiver, and friend. To her four children and to countless others, she was selfless in opening her heart and her home. She epitomized the saying, “what’s mine is yours” and gave her all to anyone in need.

Born December 30, 1946, in Port Maria, Jamaica to Ethel Maud (Miller) Oliver and Delrezo Oliver, she was the second youngest of seven children. With the loss of her father at only eight years old and seeing her mother work tirelessly as a seamstress, Pamela knew she had to work hard to achieve her goals.

As a young woman, she lived with her older sister and studied hard to get a scholarship to Carson Hall, an all-girl private school. She graduated at seventeen years old and immediately applied to a nursing school but was told she was too young.

She taught kindergarten in the interim, before applying again and being admitted into the Hospital School of Nursing in 1966. It was also during this time that she married the love of her life, Dennis Chang, Sr. And as she infamously told everyone, the day she became a nurse is also the day she became a mother, as she was in labor with her first child, Camille, while finishing her final exam! Her second child, Wayne, followed less than a year later. The family then moved to the United States in 1972 and made New York their home.

In New York, Pamela worked hard and would become one of the top nurses in the field, focusing on elder care and nursing home facilities. The family would continue to grow with the addition of their son Dennis, Jr. affectionately known as “Denny.” Life in New York was difficult but having great friends and neighbors on their block made it easier.

Then, fourteen years after their first child, Pamela surprised everyone by announcing she was pregnant again with a daughter they named Christina because she was a “Christ child.” As she liked to say, she had four chambers in her heart – one for each of her children.

Pamela’s faith and devotion to God were the focal points of her life. She relied on God as she weathered the storms of life, including the loss of her husband in November 1987 and continuing to raise their four children, now as a single mother. She moved to Maryland where she made a new start with the help of her sister and family. Working three jobs and continuing to support and raise four children, Pamela was an unstoppable force.

She flourished in her career and became Director of Nursing, working for and caring for those who everyone else forgot. Over the years, she was incredibly proud of the success of her four children as she saw her daughters attend college and graduate schools and her sons become entrepreneurs.

However, nothing made her prouder than seeing her family continue to grow with grandchildren and even great-grandchildren! In her retirement years, her wonderful friends invited her to live with them on a beautiful farm in Virginia, where she had her own pony and even learned to drive a carriage!

Her final days were spent in Georgia in the home of her eldest daughter and being taken care of by her devoted niece. Now with the Lord, we know she has heard the words, “well done good and faithful servant.”

On Tuesday, November 22, 2022. a celebration of homegoing will be held at the Vaughn Greene Chapel at Randallstown, 8728 Liberty Road, where the family will receive friends from 10:00 a.m. until 11:00 a.m. with services to follow.

The interment services will take place at Druid Ridge Cemetery immediately following the homegoing service. To send flowers to the family or plant a tree in memory of Pamela Chang, please visit Tribute Store