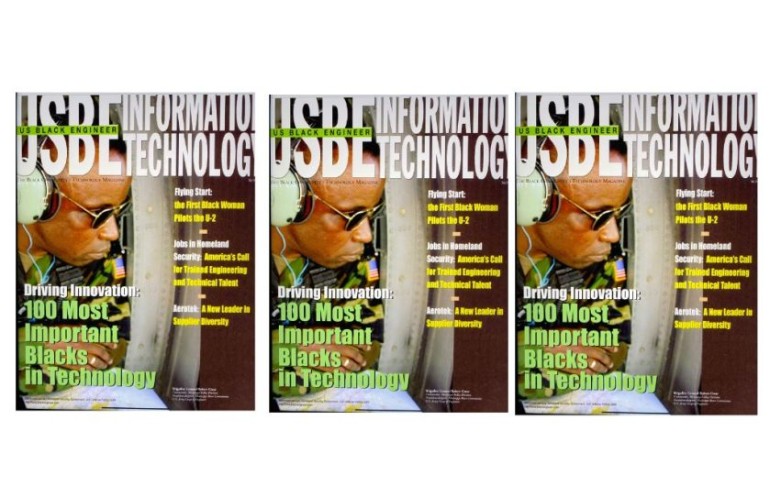 As Jackson State University celebrates the unveiling of the Brigadier General Robert Crear atrium in the College of Science, Engineering, and Technology, US Black Engineer magazine reprises a cover that captured the hearts of many in the aftermath of the largest hurricane ever to make landfall in the United States.

At the time, Brigadier General Robert Crear was commander of the Mississippi Valley Division of the U.S. Army Corps of Engineers. He oversaw Hurricane Katrina recovery led by the Corps of Engineers, which was responsible for rebuilding miles of levees in the southeast Louisiana area that sustained damage as a result of Katrina.

According to JSU, the dedication of the atrium was made possible through a generous $1 million major gift contribution from John Nau, president and CEO of Silver Eagle Distributors, L.P., a longtime friend and colleague of Crear. Funds will be used for scholarships for students majoring in science, technology, engineering, and math (STEM) including those enrolled in JSU’s ROTC program.

“The naming of this atrium is a testament to the stellar leadership and contributions of Brigadier General Crear and a celebration of his vast legacy at JSU and the imprint he has made in this world,” said Hudson. “We are equally appreciative of the generosity of John Nau, who made this day possible. Together, these men are helping to transform the academic future of our students.”

Taking to the podium, Crear talked about developing a growing interest in becoming an officer in the military and a desire to attend the U.S. Military Academy at Westpoint. After receiving a scholarship, Crear enrolled at Jackson State, where he joined the school’s ROTC program, which was established by President Emeritus John A. Peoples, Jr. Crear graduated from Jackson State University in 1975.

Also in his address at the opening ceremony, Crear acknowledged his wife, Reatha Hall, of almost 50 years, and his two daughters and two sons, who graduated from JSU.

“This is a great moment. I feel jubilant. I have my family here. It almost feels like being back in the military. They have witnessed me in many situations and locations and ceremonies, whether it was promotions or change of command,” said Crear. “It feels like that, in a way, but it’s so different because I’m able to give back to my alma mater. It’s part of my fiber and the way I was brought up. My parents always told me to never forget where I came from and always give back. So, this is an opportunity to live up to what I was taught to do.”

Currently, Crear is chairman of Rye Development, the leading developer of new hydroelectric power on existing dams in the United States. Crear is also president and CEO of the Crear Group LLC, a governmental relations and business development consulting firm in his hometown.

Brigadier General Robert Crear retired on 1 May 2008. He served worldwide, commanded, and led soldiers and civilians at every level while serving in high-level leadership positions with the Army Corps of Engineers. At the Pentagon he served as the military assistant to the assistant secretary of the army for civil works; At the Corps Headquarters in Washington DC, he served as assistant director of civil works and as the chief of staff; In the field, he commanded the Vicksburg District, the Southwest Division and the Mississippi Valley Division. Additionally, he served as president of the Mississippi River Commission, having been confirmed by the U.S. Senate.

In his last assignment as Mississippi Valley Division (MVD) commander and president of the Mississippi River Commission (MRC), Crear was responsible for a $7.5 billion civil works program. In addition, he played a vital role in managing the Corps water resources program in the valley. The boundaries of the Mississippi Valley Division extend from Canada to the Gulf of Mexico, including portions of 12 states, and encompass 370,000 square miles overseen by more than 6,000 employees in six district offices located in St. Paul, Minn., Rock Island, Ill., St. Louis, Mo., Memphis, Tenn., Vicksburg, Miss., and New Orleans, La.

General Crear has served as Distinguished Visiting Lecturer of Applied Engineering, National Security and Homeland Security at Jackson State University. He is the founder and CEO of The Crear Group consulting firm. He is chairman of Free Flow Power Corporation’s wholly-owned subsidiary Free Flow Development LLC a hydropower developer that is using proprietary technology to extract energy from moving water from the Mississippi River to produce electricity.