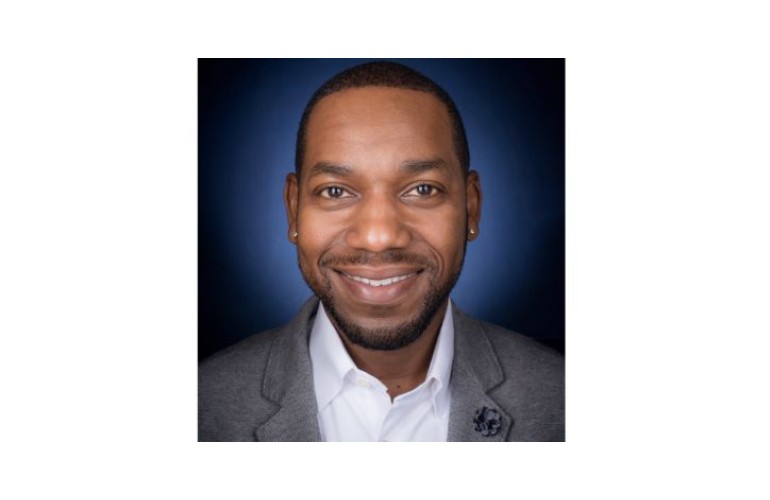 Tony Reames, a new senior advisor to the U.S. Department of Energy’s (DOE) Office of Economic Impact and Diversity, has a passion for ensuring that overlooked communities achieve energy equity and justice.

On accepting the presidential appointment, Reames has taken a year’s leave of absence from his assistant professor duties at the University of Michigan School for Environment and Sustainability (SEAS), though he’ll remain connected to SEAS and the Urban Energy Justice Lab. Reames established the lab to conduct research and develop solutions on the production and persistence of racial, income, and geographic disparities in energy access, affordability, decision making, and participation.

Reames said among a number of ways the public can get involved in the climate change issue is to elect leaders who express their commitment to addressing the crisis and to pay attention to such political races as the Public Service Commission (PSC).

“These are the bodies that play such a major role in what our clean energy future is going to look like,” he said recalling one PSC race that aroused considerable attention and had people in its jurisdiction talking and tweeting about the candidates, attending PSC meetings, and asking questions. “That’s one place where we, average citizens, can engage a lot more through these bodies that are either elected or appointed to make decisions about our energy.”

One doesn’t have to dig too deeply into Reames’ background to gain an understanding of why energy equity and energy justice are important to him. He grew up in rural South Carolina, and his family is from the coastal Gullah/Geechee area that he said is particularly affected by such climate change effects as rising sea levels and increased hurricanes.

His hometown was also an area he now refers to as a “really quintessential environmental justice community”—majority African American, low-income, high-poverty. It previously was a thriving textile community, but that industry dried up in the 1990s. County leaders were desperate for economic development and thought that bringing in the state’s largest landfill and maximum-security prison was the answer, said Reames. Other communities with more political capital would have fought against it. Those developments never fulfilled the economic vision that county leaders thought it would, said Reames. Instead, it made his hometown less desirable for economic development.

Reames left his hometown to earn a bachelor’s degree in civil engineering from North Carolina Agricultural & Technical State University, a master’s degree in engineering management from Kansas State University, and a Ph.D. in public administration from the University of Kansas. He served as a commissioned officer in the U.S. Army Corps of Engineers and has worked in both the public and private sectors as a licensed professional engineer.

In its quest to come up with innovative initiatives, DOE is partnering with other government agencies such as Health and Human Services on a research project studying if instead of just helping low-income households pay their utility bills, “can we set them on a path to energy independence and energy security by allowing them to participate in community solar projects?” Reames said. Data shows that low-income households and households of color are less likely to participate in clean energy programs and adopt new technology such as solar energy compared to white households, he said.

“How do we shift different types of funding within the department and work with other partners in the government to eradicate those disparities,” Reames said is a question he and colleagues constantly ask.

Reames said that Executive Order 14008 that Biden signed when he first came into office put the government on the path to tackling the climate crisis at home and abroad. Reames implored each agency to look at its programs and funding and determine how each would address the crisis with a big part of that being clean energy, energy efficiency, and other renewable energy technologies.

He notes that low-income communities, indigenous people, and communities of color are more significantly affected by the climate crisis than other communities. As an example of how increasing temperatures affect these communities disproportionately, Reames said often they are in urban areas with more impervious surfaces and more asphalt, which means more intense heat and less green space. Residents in these areas frequently live in housing that is less energy efficient and needs more cooling.

These factors have a “ripple effect,” he pointed out. His role is to ensure that the department is addressing climate change and that they are doing that in “a more equitable, just, and fair way,” he said.

Making sure that the voices of low-income, Black, brown, and indigenous people are heard is what motivates Reames daily to do the work he does. He also pointed out that what challenges him is understanding that disparities and inequities weren’t created overnight or in a vacuum, “yet the time to do something about it seems very short.

“It is a challenge to balance that understanding of the long history and trajectory of building inequality into a lot of systems that we have and balancing that with the urgency to really approach policy and program implementation,” he said.

Asked about opportunities at the DOE for young people interested in energy issues, Reames shared that the agency has a minority education program through which internships are offered at the DOE and the 17 national laboratories. These summer internships are open to students at historically Black colleges and universities as well as tribal colleges, other minority-serving institutions, and other schools.

These internships serve as a foundation and pipeline to bring diverse people into the DOE. He said many of these students go on to additional DOE internships and fellowships. More information can be found on the website hosted by the Minority Educational Institution Student Partnership Program (MEISPP) Internships | Department of Energy.

There’s also the new Clean Energy Corps that launched as part of the bipartisan infrastructure law that’s expected to create 1,000 new jobs to address all the programs that are part of the bill, he added.

“If we don’t set the right path now, the clean energy future is going to happen, but if it’s not centered on the people who need it the most, it will happen and we will have a new energy system, but it will look very similar to the old one with Black and brown and indigenous communities and low-income communities left out,” said Reames.

The fields of energy and climate change will need energetic and dedicated fresh thinkers to tackle the many complex challenges of today and for the future. Reames offered the following advice to young people interested in having successful careers in these fields:

• Think about what problem you want to solve. What issues do you want to tackle? Are there specific communities, populations, or technologies that you are interested in? Also ask yourself if you have a preference for a particular sector, whether public, private, or nonprofit.
• Become a multi-disciplinarian. The climate and environmental challenges we face are multi-faceted and our solutions must be also. Work to bridge your technical skills and knowledge with an understanding of policy and social sciences.
• Be innovative and think creatively. The climate and energy space offers many career opportunities to create new roles or positions, companies, organizations, and collaborations that can link your passion, skills, and knowledge to solve the urgent needs of society.