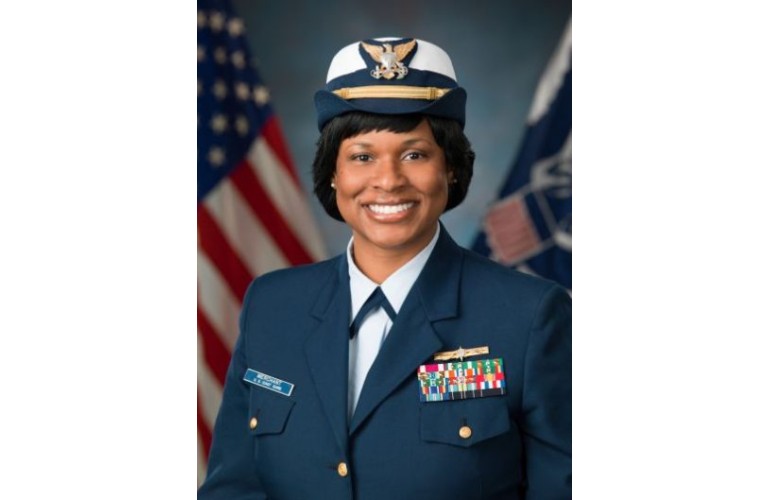 “In April 2010, LCDR Merchant was selected as a Strategic Planner for the first National Incident Command (NIC) for the Deep Water Horizon Oil Spill. The NIC coordinated interagency efforts on a wide variety of issues responders faced and dealt with high-level political and media inquiries,” he said.

Later that October, her expertise was needed for the response once again to lead a team of government and private sector Ph.D.-level scientists charged with analysis of scientific monitoring and sampling operations of oil and dispersant onshore, offshore and in deep water during the response.

Also during her tenure as executive officer, she has provided vital leadership as Deputy Incident Commander on marine incidents including an offshore collision of two loaded chemical tankers resulting in internal and external damage to both vessels, a 1,900 gallon heavy fuel oil spill in the Gulf of Mexico and a complex joint interagency boarding on a foreign vessel that resulted in the unit’s first-ever narcotic seizure valued at over $1.3 million dollars, Alonzo explained.

In addition to her operational expertise, LCDR Merchant is an impeccable role model.

As the Coast Guard’s Ambassador to the University, LCDR Merchant has “enhanced outreach and recruitment of well-qualified students in the areas of science, engineering, technology, operations, logistics, and mathematics,” Alonzo said.