Quantum computing is the next big thing in technology 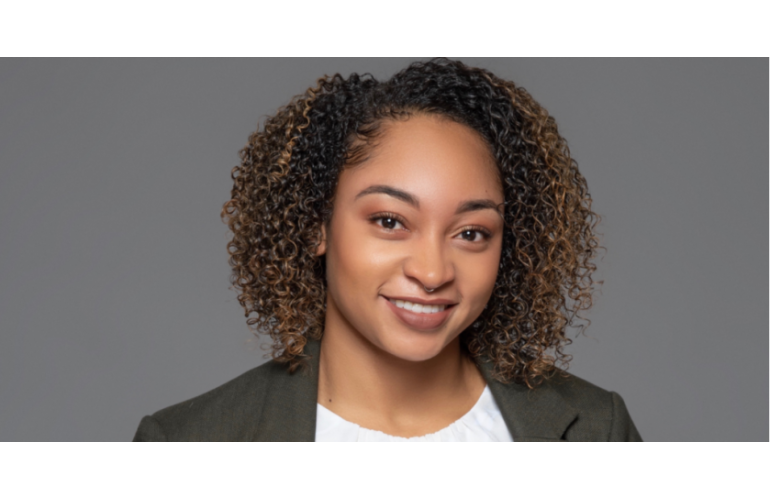 The IBM-HBCU Quantum Center is a multi-year investment designed to develop talent at HBCUs from all science, technology, engineering, and math (STEM) disciplines for the quantum future.

Led by Howard University, the IBM-HBCU Quantum Center offers access to its computers and collaboration on academic, education, and community outreach. It will focus on developing students through support and funding for research opportunities, curriculum development, workforce advocacy, and special projects.

“Our faculty and students look forward to collaborating with our peer institutions through the IBM-HBCU Quantum Center. We’re excited to share best practices and work together to prepare students to participate in a quantum-ready workforce,” said Howard University President Dr. Wayne A. I. Frederick.

IBM also said it would invest $100 million in technology, assets, resources, and skills development through partnerships with additional HBCUs through the IBM Skills Academy Academic Initiative.

“We believe that to expand opportunity for diverse populations, we need a diverse talent pipeline of the next generation of tech leaders from HBCUs,” said Carla Grant Pickens, chief global diversity and inclusion officer at IBM. “Diversity and inclusion are what fuels innovation, and students from HBCUs will be positioned to play a significant part of what will drive innovations for the future like quantum computing, cloud, and artificial intelligence.”

HBCUs in the Quantum Center

In February, Dr. Kayla Lee, who championed the initiative that brought quantum computing resources and a sense of community among HBCUs, said ten more colleges had joined.

Lee, a systems biology Ph.D. from Harvard University and Hampton University undergrad, is a third-generation graduate of an HBCU. As a product manager in IBM Research, she leads strategic initiatives to help create—and grow—a global quantum computing community.

“When IBM launched the IBM-HBCU Quantum Center last September, our goal was to collaborate with historically Black colleges and universities in a way that would advance not only quantum information science but also STEM-based opportunities for these traditionally underrepresented communities,” said Lee.

Lee joined IBM Quantum in 2018. As an industry consultant, she worked with Fortune 500 companies to explore quantum computing applications across industries, including health care and life sciences, financial services, media, and entertainment. She leads initiatives to grow the IBM Quantum Community with new global partnerships.

“I’m motivated to make complex, scientific topics like quantum computing and emerging technology not only accessible but also engaging. I partner with students, researchers, and clients worldwide to address technical challenges with new computing technologies,” Lee says. “As a proud graduate of Hampton University, I was excited to launch the IBM-HBCU Quantum Center, a multi-year investment from IBM to bring together HBCUs to build quantum research and education capabilities. This center will drive diversity and inclusion in quantum computing and provide new opportunities for historically underrepresented communities.”

The IBM Quantum Network is a community of more than 140 partners consisting of Fortune 500 companies, academic institutions, startups, and research labs that work with IBM to advance quantum computing. There are more than 300,000 registered users of programming tools IBM Quantum Composer and IBM Quantum Lab. IBM is driven to make quantum software easier to use and more accessible. These tools, which replace what was formerly known as the IBM Quantum Experience, enable you to build quantum circuits and run experiments that can ultimately help accelerate research development and applications using IBM’s quantum computing software.

We experience the benefits of classical computing every day. However, there are challenges that today’s systems will never be able to solve. We do not have enough computational power on Earth to tackle problems above a specific size and complexity. To have a chance at solving some of these problems, we need the computing power quantum could offer.

Quantum computers, with their completely different way of processing information than today’s classical computers, could spur the development of breakthroughs in science, medications to save lives, machine learning methods to diagnose illnesses sooner, materials to make more efficient devices and structures, financial strategies to live well in retirement, and algorithms to direct resources such as ambulances quickly.

How does it work?

All computing systems rely on a fundamental ability to store and manipulate information. Current computers control individual bits, which store data as binary 0 and 1 states. Quantum computers leverage quantum mechanical phenomena to manage data. To do this, they rely on quantum bits or qubits.

Qubits are the fundamental elements of a quantum computer that process information. Three quantum mechanical properties—superposition, entanglement, and interference—are used in quantum computing to manipulate the state of a qubit.

Superposition refers to a combination of states we would ordinarily describe independently. To make a classical analogy, if you play two musical notes at once, what you will hear is a superposition of the two notes. This phenomenon gives qubits their exponential computing space potential.

Entanglement is a famously counterintuitive quantum phenomenon describing behavior we never see in the classical world. Entangled particles behave together as a system in ways that cannot be explained using classical logic—what Einstein called “spooky action at a distance.”