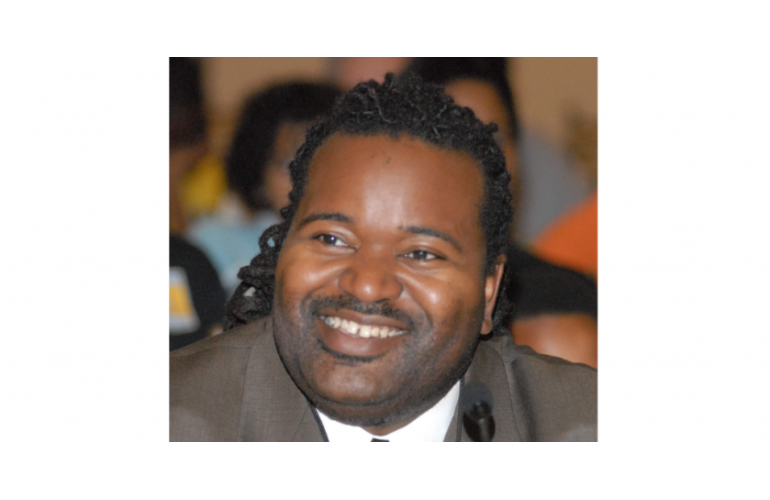 Quantum mechanics explains the behavior of atomic and subatomic matter, and it has foundational roots in physics. Chemists, however, took quantum mechanics from physics and used it to elevate themselves to higher understandings in their science.

They are now teaming up with other physicists and experts across the discipline to bring computing into development. In order to connect these dots, our next phase involves advancing chemistry to bring some context to the central science.

“Chemistry” as a science is defined as the organization, characterization, and manipulation of matter. In other words, we turn “stuff” into other stuff. We can tell you what that stuff is, what it used to be, and how all of those things are actually put together.

In the early days of chemistry, before we had access to all the tools and insights from quantum mechanics, we had people like Percy Julian. Julian was a faculty member at Howard University who eventually moved on to Glidden and established Julian Laboratories.

Julian was the first to synthesize physostigmine, one of the oldest medications, and one of the first to treat glaucoma in the 1800s. It doesn’t really matter what exactly the compound is, though. What’s important is Julian’s genius-level insight and intuition, which allowed him to synthesize this molecule and establish the basis for synthetic hormone chemistry. The entire industry that exists today is indebted to his insights. What is even more remarkable is he did not have quantum chemistry to assist him. He simply had his own imagination and understanding of that science and transformation.

In this modern age of science, and unlike Julian, we can aid our chemical intuition by using quantum mechanics and computational chemistry. This allows us to better understand and articulate the rules of organization.

We can also understand structure and function, and we can use that to predict behavior when it’s time to do those manipulations (in other words, when we turn stuff into other stuff). By having that tool in our toolkit, we are able to do better chemistry, and more of it.

Let’s suppose there is a candidate molecule that is going to do wonderful things for us regarding a problem, such as sickle cell disease. In the absence of this aid to chemical intuition, we would literally have to churn through thousands of candidate molecules. Because we can use quantum mechanics to improve our understanding of what it is we’re looking at, we can now narrow our solutions down to five promising options.

Synthesizing five potential solutions is much easier than attempting the same with thousands, as is running tests and trials on five versus thousands. Plus, we won’t have human collateral damage in the process of doing so. This is a really important factor, and it’s an idea that Julian helped usher into how we do chemistry to this day.

Quantum mechanics is interesting because it enables us to improve our chemical intuition. It is very different from classical mechanics and the everyday physics we know. If I were to take a ball, for example, lift it, and let it go, it is going to drop, hit the floor, and stop. Likewise, if I took that same ball and threw it, it would likely hit the wall and stop. These examples are rudiments for classical mechanics.

Quantum mechanics are the rules for very tiny things like molecules. Because these laws apply to microscopic components, things can get “weird,” so to speak. If I dropped or threw a molecule, I would not expect it to hit the floor or wall as the ball did. It’s the same when we consider quantum computing. However, we take advantage of some of those weird things that happen when we do quantum mechanics.

I say “advantage” intentionally because I had my training in graduate school as a theoretical chemist. That basically means I perform chemistry without the benefit of chemicals. It’s a field that did not exist back in the earlier days of chemistry, but we have been able to grow it into something that really works well for us. I used more classical computing in my work that used a very black-and-white system of 1’s and 0’s from the computing world.

By understanding the quantum mechanics behind that, we gained the ability to do several key things: develop new paths for manipulation, expand our ability to do characterization, and prove certain things about what we thought were limits of what we could detect and determine from our molecules. Because we had that refined sense of how to do manipulation and characterization, we were able to do a much better job of articulating how organization works. Those three pieces of chemistry were all enhanced by our ability to do chemistry without chemicals.

The last bit of technology that we need in order to step it up another notch is the ability to move beyond the black-and-white 1’s and 0’s of classical computing. Every possible outcome in quantum mechanics has a probability, and those probabilities have amplitudes associated with them. This is where the “weirdness” from quantum mechanics comes into play.

Until we try to see what happens, and until we peek behind that curtain to see what’s going on, everything has the potential to happen. All probabilities and amplitudes are waiting for us to investigate them to understand how they work. The idea behind quantum mechanics is that we use those probabilities and amplitudes to investigate the “everything” that could happen. Once we make an intelligent choice regarding how we will look behind the curtain to see what actually happens, then we get that single, final result from our quantum computer.

We are experts at designing molecules, which are very tiny quantum mechanical objects. We can use those molecules, intelligently designed, to serve as the thing that acts as a quantum bit, or qbit. Remember that classical computing has its 1’s and 0’s. It is very black and white because those are the only values they can have.

However, because the molecule would be that quantum mechanical object with probabilities that allow for “everything” to happen until we look to see what actually happens, then we are able to effectively teach a computer shades of gray, in a manner of speaking. This will allow it to have that diversity of views regarding the world around us that can’t always be captured with a strict 1 or 0.

So, we chemists make the molecules, but physicists are the people who write and are able to determine all of the rules for quantum mechanics. They are the ones who can set up the qbits to mimic whatever system the classical 1’s and 0’s cannot. That becomes a starting point of quantum computing. That’s the premise.

There are two people in our industry working to do exactly that. Alan Aspuru-Guzik is currently a faculty member at the University of Toronto. He and I were labmates in graduate school, and we stayed in communication over the years. He started Zapata Computing, which focuses on delivering algorithms and solutions around quantum computing. He is also the science adviser for Kebotix, a lab that offers innovation in new, disruptive chemistries and materials.

Closer to home, Thomas Searles is a physicist in the Physics department at Howard University. He and I are a part of a team that is working to bring back the Roaring 20s in a brand-new fashion with the Harlem Quantum Renaissance. It is this vein of cross-cutting approaches and ideation that we need. We need extremely diverse teams, diverse disciplines, and diverse ways of thinking about these applications in order to truly build that better toolkit and make these things happen.

What does all of this mean for us? Quantum mechanics made us think, see, and create in new ways. It is important that we continue to join forces across disciplines and work together to develop this new toolkit.

If we can team up with different people who bring a host of diverse perspectives, then we will be able to invent, visualize, and solve in ways we have never seen before. That is the promise of what we do.