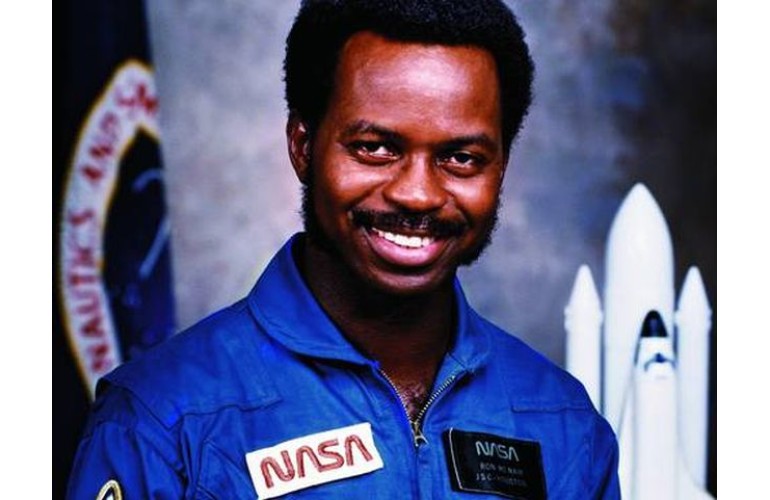 US Black Engineer magazine spring 1986 was dedicated to the memory of Dr. Ron McNair, who died during the launch of the Space Shuttle Challenger on January 28, 1986. The 36-year-old physicist and NASA astronaut was serving as the Mission Specialist.

A year earlier, Dr. McNair had taken much of the film footage that became “The Space Shuttle: An American Adventure,” which was reviewed in US Black Engineer magazine’s spring 1985 issue.

“On February 3, 1984, Dr. Ron McNair, shuttle mission specialist, became history’s first “zero-g cinematographer,” wrote Dennis l. Mammana, a world-famous astronomy writer, lecturer, and photographer. “With extremely impressive credentials in laser physics, McNair had no prior cinematography background at all. He learned quickly, however, for filming conditions aboard the Shuttle were often less than ideal.”

Independent producer Richard Knapp assembled film footage shot by McNair into a 28-minute film which was shown in planetaria around the country.

Read how McNair brought it together in “America Rides the Space Shuttle: “The Sensation of Space Flight”