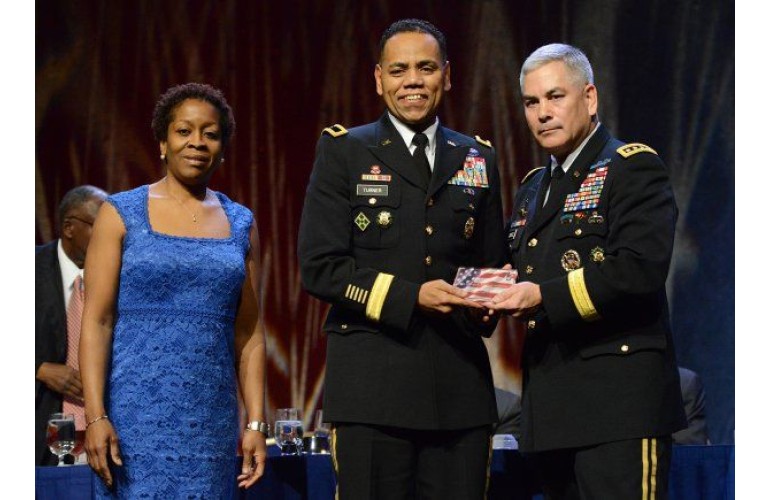 Brigadier General C. David Turner has retired and completed his tour of active duty. Most recently, Gen. Turner commanded the South Pacific Division of the U.S. Army Corps of Engineers from July 24, 2014.

The South Atlantic Division is one of eight Army Corp regions providing engineering and construction services to the nation.As the South Atlantic Division Commander, General Turner oversaw planning and construction of projects to support the military, protect America’s water resources, and enhance the environment within a 250,000 square mile area which includes all or part of eight southeastern states.

General Turner was born in St. Louis, Missouri. He graduated from the University of Central Missouri with a Bachelor of Arts Degree in Mathematical Sciences.

In 2014 he was named a University of Central Missouri Distinguished Alumni.

He also holds a Master of Science Degree in Industrial Engineering from Wichita State University and a Master of Strategic Studies Degree from the U.S. Army War College. He is a Harvard Senior Executive Fellow.

Previous assignments include Chief of Staff, Headquarters, Army Corps of Engineers; Commander, U.S. Army Corps of Engineers, Far East District, Seoul, Korea; and three tours on the U.S. Army Staff as the G-1 Engineer, Assistant Executive Officer to the G-3, and Chief, Base Realignment, and Closure Division – an $18B program and the largest transformation of the U.S. Army since WWII. He also served on the Joint Staff as Assistant Deputy Director of Operations, Emergency Action Officer, Global Nuclear Strike Advisor and Senior Operations Officer.

General Turner has served in a variety of other command and staff assignments in the continental United States, Germany, Bosnia, and the Middle East.

Congratulations, General Turner on a job well done and thank you for the service. I look forward to catching up again and hearing what you are doing in retirement. Take care.

Lets do a bible study. Looking good and full grace. Love to talk about the rest of the story after Bad Kreuznach. God Bless.