“So how do you do all this schooling and still enjoy it?” 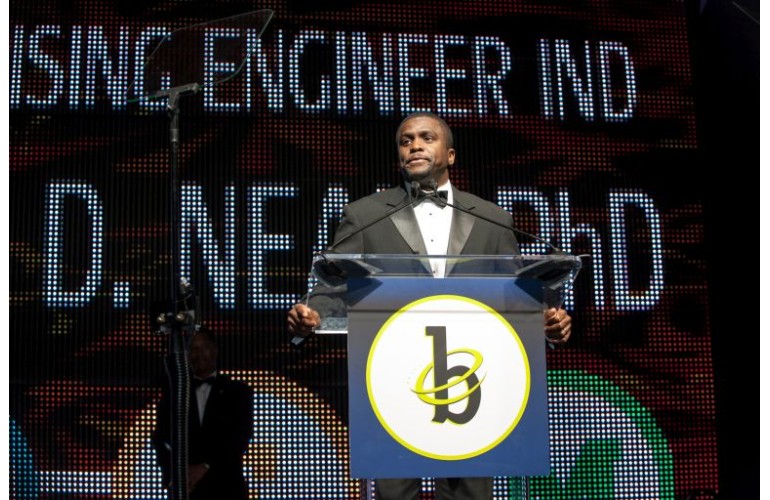 When Terrell D. Neal, Ph.D. won the Most Promising Engineer award at the 2013 BEYA STEM Conference, his short speech revisited a theme he’s talked about for years: the life-changing magic of effort, time, and results.

In 2002, Neal was invited to speak at his old elementary school, now known as the Mildred E. Freeman Elementary School. He graduated from Freeman in 1989.

Here’s how he answered the burning question of why a Ph.D. is worth it for his young audience. He also gave them a few tips for success.

“My name is Terrell Neal. I was born and raised right here in Warrenton. Georgia. Currently, I live in California where I am in graduate school, pursuing a Ph.D. in electrical engineering. I graduated Warren County High School in 1995.

“Next, I matriculated at Morehouse College and Georgia Institute of Technology in their dual engineering program. I received a Bachelor of Science in Mathematics from Morehouse and Bachelor of Science in Electrical Engineering from Georgia Tech in May 2000. After one year, I received my received my Masters of Electrical Engineering from Caltech in 2001. I have been in school now seven years beyond school. Nevertheless, I am enjoying every bit.

So how do you do all of this schooling and still enjoy it?

“Well, it starts with today’s topic: ‘Success Begins With You: Today, Tomorrow, and in the Future.’

“I realized at an early age that if I wanted to get something out of life, I had to put forth the effort to make it.

What can you do today?

What can you do tomorrow?

Neal received his doctorate in electrical engineering from the California Institute of Technology in 2006. As a grad student, he made significant contributions to nanophysics. His scholarly work also led to him making numerous presentations all over the world. During his time in graduate school, he obtained his pilot’s license.

‘Championing one young person at a time’

As an undergrad, he taught math and conducted research as an electrical engineering intern at NASA’s Dryden and Goddard Space Flight Centers. Over four summers, he took part in elite internships in aeronautical centers across the country.

Neal was also an undergraduate and graduate student recruiter for Caltech and Caltech’s Summer Undergraduate Research Fellowship (SURF) and Young Engineering and Science Scholars (YESS) throughout his studies. Upon graduation, he won the Teaching Assistant Award in 2006.