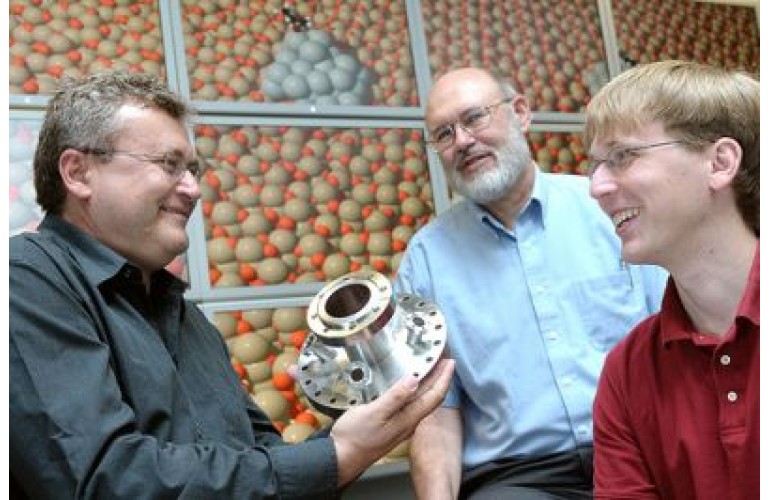 Scientists at the U.S. Department of Energy’s Argonne National Laboratory have identified a new class of silver-based catalysts for the production of the industrially useful chemical propylene oxide that is both environmentally friendly and less expensive.

The production of propylene oxide has a significant amount of by-products that are harmful to the environment, including chlorinated or peroxy carboxylic waste, said chemist Stefan Vajda of Argonne’s Materials Science Division and Center for Nanoscale Materials. We have identified nanoclusters of silver as a catalyst that produces this chemical with few by-products at low temperatures. Propylene oxide is commonly used in the creation of plastics and propylene glycols for paints, household detergents, and automotive brake fluids.

The study is a result of a highly collaborative team that involved five Argonne Divisions and collaborators from the Fritz-Haber-Institut in Berlin and from the University of Illinois in Chicago, including a collaboration between the experimental effort led by Stefan Vajda and the theoretical analysis led by materials chemist Larry Curtiss and nanoscientist Jeff Greeley.

Large silver particles have been used to produce propylene oxide from propylene, but have suffered from a low selectivity or low conversion to propylene oxide, creating a large amount of carbon dioxide. Vajda discovered that nanoscale clusters of silver, consisting of both three atoms as well as larger clusters of 3.5 nanometers in size, are highly active and selective catalysts for the production of propylene oxide.

Curtiss and Greeley then modeled the underlying mechanism behind why these ultrasmall nanoparticles of silver were so effective in creating propylene oxide. They discovered that the open shell electronic structure of the silver catalysts was the impetus behind the nanoclusters selectivity.

Propylene oxide is a building block in the creation of several other industrially relevant chemicals, but the current methods of creating it are not efficient, Curtiss said. This is basically a holy grail reaction, remarked Greeley. The work opens a new chapter in the field of silver as a catalyst for propene epoxidation, added Curtiss.

The Center for Nanoscale Materials at Argonne National Laboratory is one of the five DOE Nanoscale Science Research Centers (NSRCs), premier national user facilities for interdisciplinary research at the nanoscale, supported by the DOE Office of Science. Together the NSRCs comprise a suite of complementary facilities that provide researchers with state-of-the-art capabilities to fabricate, process, characterize and model nanoscale materials, and constitute the largest infrastructure investment of the National Nanotechnology Initiative.

With employees from more than 60 nations, Argonne is managed by UChicago Argonne, LLC for the U.S. Department of Energy’s Office of Science.