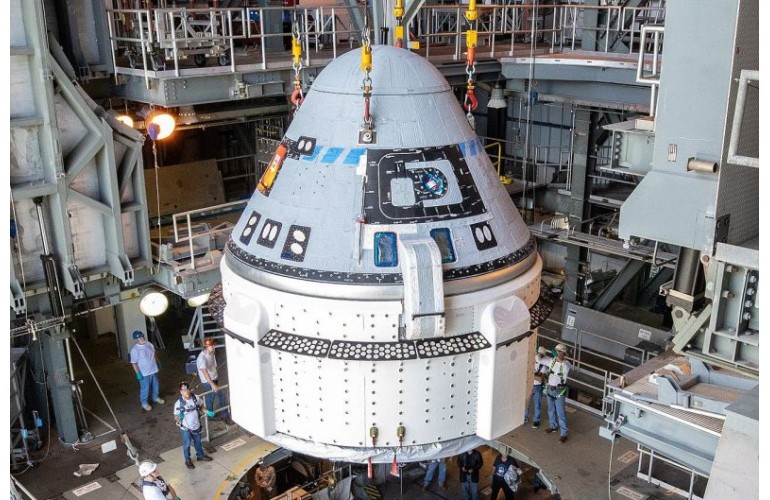 The Basic Research Innovation and Collaboration Center at the Air Force Research Laboratory (AFRL) has announced the HBCU/MI Space Summit on June 24.

According to the AFRL, the online event will provide historically Black college and university (HBCU) students and researchers at minority institutions (MI) with important information about opportunities relating to space science research.

With the world focusing on the challenges of space more than before,  HBCUs have a critical role to play in expanding scientific knowledge and technology capabilities in space, AFRL said.

Click here to register for the HBCU/MI Space Summit on Thursday, June 24.

In related space news, Boeing has announced that flags from HBCUs will be onboard the CST-100 Starliner on its second mission to orbit for NASA’s Commercial Crew Program.

“Closing representation gaps in our company and our industry is a priority for Boeing, and inspiring diverse students to pursue careers in aerospace is an important part of that effort,” said Boeing President and CEO David Calhoun in a statement. “By representing HBCUs on our Starliner mission, we are demonstrating our commitment to working with these institutions to advance equity and inclusion and help ensure a bright future for their students.”

The higher education mementos will be part of the 760 pounds of cargo flying inside the Starliner’s crew module when it launches to the International Space Station for OFT-2, which is targeted for July 30.

NASA cargo, weighing approximately 440 pounds, includes food and crew preference items for the current Expedition crew members, as well as a commemorative U.S. flag that will remain aboard the space station until it returns to Earth on Starliner’s Crew Flight Test (CFT).

Starliner will also carry provisions, like clothes and sleeping bags, for CFT astronauts Barry “Butch” Wilmore, Nicole Mann, and Mike Fincke in anticipation of their upcoming mission to the station.

Allen University in South Carolina, which the company formed a partnership with last year to establish the Boeing Institute on Civility, will also be represented. The institute will be a national hub for teaching and programming aimed at advancing civil discourse in America and across the globe.