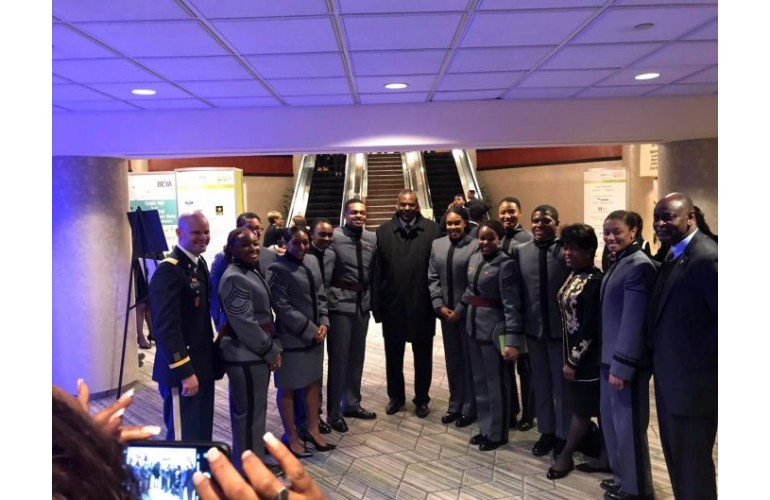 The United States Military Academy has announced that Secretary of Defense Lloyd J. Austin III will serve as the commencement speaker at the academy’s Class of 2021 graduation ceremony at West Point, New York, on Saturday, May 22. The undated photo above featuring the secretary and cadets was taken at a recent BEYA STEM Conference in Washington D.C.

“We are honored to welcome the Secretary of Defense back to his alma mater as we celebrate the many accomplishments of our graduating class,” said Lt. Gen. Darryl A. Williams, superintendent of the U.S. Military Academy, in a statement.

Austin graduated from the U.S. Military Academy in 1975 with a Bachelor of Science degree and a commission in the Infantry. During his 41-year Army career, he has commanded at all levels concluding his uniformed service as the Commander of U.S. Central Command in 2016.

“West Point looks forward to commissioning the newest cohort of lieutenants into the ranks of the Army Officer Corps,” Williams said.