Self-Promotion Strategies for Wherever Your Career Takes You 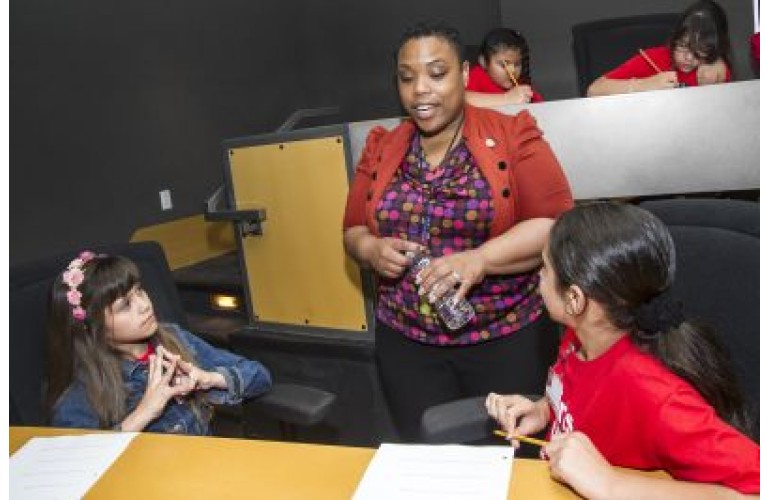 The best self-promotion strategies for working professionals were the topic of discussion on Thursday’s Webinar hosted by Career Communications Group’s Imani Carter.

There were tips on how to build your brand, brand yourself to get the job you want, and as an expert in your field.

There were also skills and tips for the K-12  #STEMISAGIRLTHING audience.

LaTasha Dandy is a senior systems engineer at the Lockheed Martin Aeronautics Company. She is on a fast-track engineering leadership program at the Fort Worth, Texas-based facility and also helps high school girls with self-promotion strategies to put themselves on the path to college.

She started her career at Lockheed Martin (LM) as an intern in 2010 and is currently in her third year of LM’s Engineering Leadership Development Program, designed to prepare future technical leaders at the aerospace, defense, security and advanced technologies company that employs 116,000 people worldwide.

Dandy serves as a control account manager under the F-35 Chief Information Office. The F-35 Lightning II Program is the Department of Defense’s focal point for defining next-generation strike aircraft weapon systems for the U.S. Navy, Air Force, and Marines.

She initially went to college after high school but left to follow her interests – do something her heart was into.

“I didn’t just graduate high school, go to college and here I am at Lockheed Martin,” Dandy explained.

“I graduated high school, went to college and decided college isn’t for me,” she said. “I was working in retail at the time and had been promoted up the rank.”

When Dandy decided she wanted to go back to college to be an engineer, her father was convinced that college was always within his daughter’s grasp. And it was.

“He was sure because he knew me,” Dandy said of her father’s confidence that she hadn’t given up on college plans completely.

Dandy’s father is an engineer and the family lived in Huntsville, Alabama. The city is nicknamed “The Rocket City” for its close association with U.S. space missions at the NASA Marshall Space Flight Center, and the Boeing Company.

Dandy earned her electrical engineering degree from TSU in 2010 and went to work for Lockheed Martin as an intern.

“Compared to some of my peers who are early on in their career, I am a little bit older,” Dandy said. “So I probably focus more on building my brand.”

But she doesn’t recommend her journey to anyone else.

Work experiences develop into a career

Dandy’s professional success is proof that there is more than one good choice after college.

Her progression and promotion since 2010 into an accelerated leadership program is evidently bolstered by her experience of going to college when she was ready, maturing in the workforce and returning to college backed by a sense of direction and motivation to study.

Now, as a Lockheed Martin Ambassador for Engineers in the Classroom, Dandy brings all her experience into getting young women excited about science, technology, engineering, and math (STEM) and helping them prepare for choices after high school. Whether it’s enrolling in a community college, a four-year college or university, working part-time while going to school part-time, or getting training and/or job experience in an area that would allow them to get an entry level job in the STEM field.