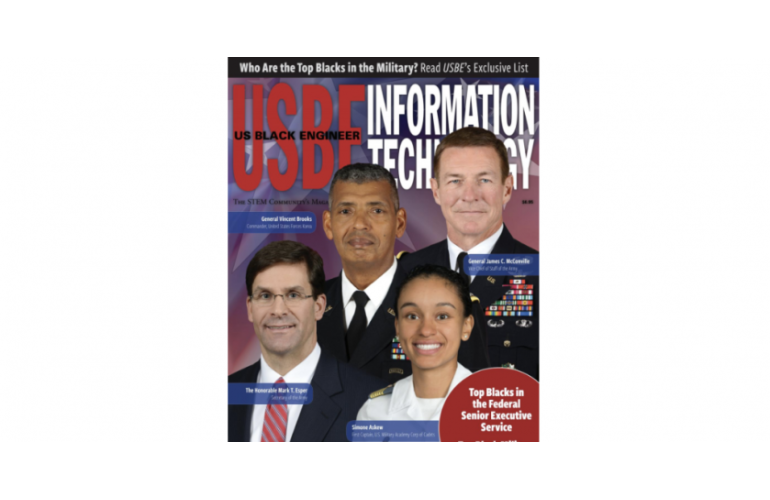 United States Secretary of Defense Dr. Mark T. Esper, seen on the cover of a recent Black Engineer magazine -Veterans issue, released a memo on Twitter this week outlining the immediate actions he plans to take to address diversity, inclusion, and equal opportunity in the military services.

A former Army officer, Esper said he has directed the development of guidance that emphasizes retaining qualified and diverse talent. The four-page memo posted on social media is addressed to all secretaries of military departments, chairman of the joint chiefs of staff, under secretaries of defense, chief of the National Guard Bureau, CIO of the defense department, and directors of defense agencies, among other officials.

After reviewing recommendations across the Department, I immediately acted on issues we can address now. — Dr. Mark T. Esper (@EsperDoD)

“When our Nation’s young men and women volunteer to join the U.S. Armed Forces, they do so to be a part of this critical mission,” Esper wrote. “But also to be a part of a military “family” that spans over 10 generations,” he said, adding that “diversity and inclusivity in their ranks are not merely aspirations. They are fundamental necessities to our readiness and our missions success.”

Other actions the defense secretary announced include, adding bias awareness and bystander intervention to the violence prevention framework, developing educational requirements for implementation across the military life cycle to educate the force on unconscious bias, and developing a program of instruction containing techniques techniques and procedures that enable commanders to have relevant, candid, and effective discussions.

He also announced a review of hairstyle and grooming policies for racial bias, and the effectiveness of Military Service equal opportunity offices.