Show and Tell: How a BEYA Scientist talks STEM 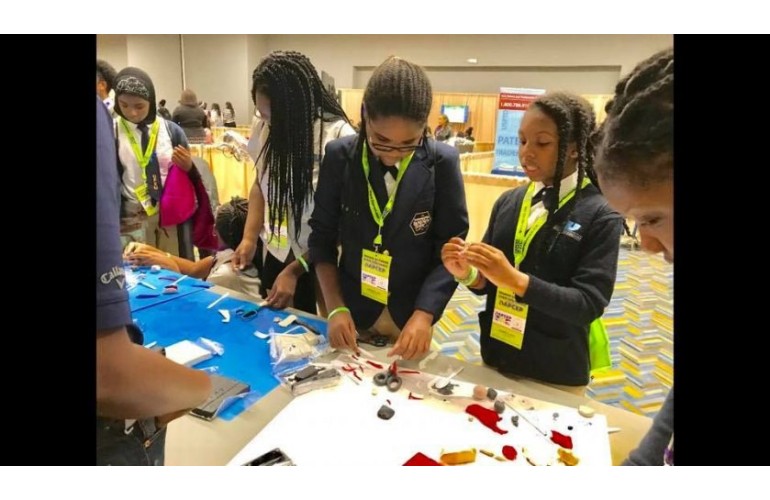 To break the ice, he asked the students to pull out their cellphones.

Go to YouTube and type in two words: Matrix and Spoon, he told them.

“Up come a bunch of videos from the movie, The Matrix, and I told them which one to pick,” Tate continued.

Soon the room was filled with the sounds of Neo and Spoon boy on scores of cellphones and tablets.

For the widely regarded radio frequency (RF) space systems expert, it’s vital that he communicates the benefits of his career in science, technology, engineering, and math (STEM).

Twenty-five years ago, that classroom exercise wouldn’t have been possible, Tate remarked.

“Students may not be thinking in detail about how these systems work, but you [can] make a connection between mathematical and physical concepts studied in school and Facebook, Instagram, and things you carry in your pockets,” he explained.

Whenever he’s asked to speak to students, Tate makes it point to show what STEM truly entails by telling students how science and technology impact real-life.

Dr. Tate also advocates paying success forward by supporting organizations such as The Hidden Genius Project, which trains Black male high school students in technology creation, entrepreneurship, and leadership skills to transform their lives and communities; and Black Girls Code, which aims to empower girls of color ages 7 to 17 to become innovators in STEM fields through exposure to engaging computer science education.