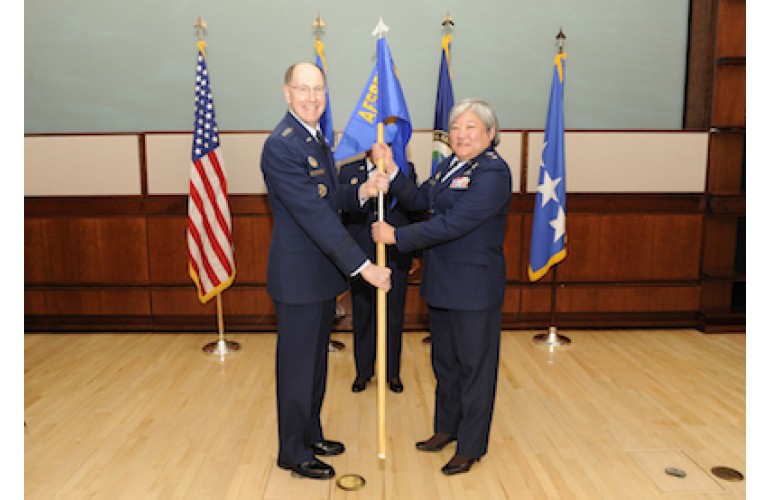 Maj. Gen. Susan K. Mashiko was deputy director of the National Reconnaissance Office, the nation’s spy satellite agency. She entered the Air Force as a graduate of the U.S. Air Force Academy where she earned a bachelor’s degree in aeronautical engineering.

Her career spanned a variety of space and acquisition assignments, including chief of the programs division in the Office of Special Projects, executive officer to the Department of Defense Space Architect, and director of the Evolved Expendable Launch Vehicle System Program.

She also served as the program executive officer for Environmental Satellites; commander, MILSATCOM Systems Wing; and vice commander, Space and Missile Systems Center. Prior to her current assignment, she was director, Space Acquisition, Office of the Under Secretary of the Air Force, Washington, D.C.

Her responsibilities included assisting the director and principal deputy director in managing the strategic and tactical operations of the NRO. Also, as the commander, Air Force Space Command Element, she managed all Air Force personnel and resources assigned to the NRO and serves as the senior adviser to the DNRO on all military matters. Maj. Gen.  Mashiko was honored for contributions she made to the U.S. Air Force and the Intelligence Community during her 34-year career at her retirement ceremony held on July 25, 2014, at the National Reconnaissance Office (NRO) in Chantilly, Virginia.