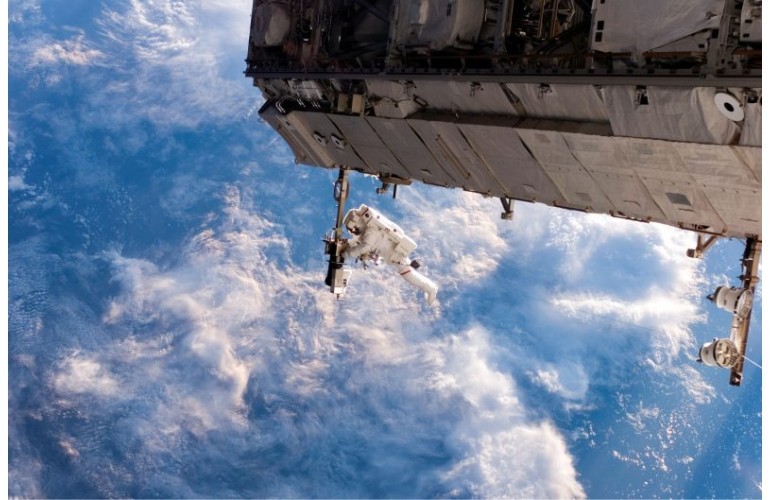 Robert Lee Curbeam holds the record for the most spacewalks during a single spaceflight. On his last flight in December 2006, Curbeam became the first shuttle astronaut to conduct four spacewalks in a single mission on the International Space Station.

In 2001, he performed three spacewalks to help install the space station’s Destiny laboratory. In total, Curbeam notched more than 45 hours of spacewalking time and more than 900 hours in space.

At a recent National Meteorological Society conference, Curbeam spoke about the beauty of space:

“I tell everybody to imagine the best picture from space you’ve seen. It’s a hundred times more beautiful. It is absolutely wonderful,” Curbeam said.

In the fall of 2018, Challenger Center, a science, technology, engineering, and math (STEM) education organization announced Curbeam as chair-elect of the board of directors. His role as Chair begins in August 2019.

“STEM education is important for all of us,” Curbeam said.  Young “people are going to design that next software app you use on your phone, the next phone that you use; the next global positioning system. People  learning that today are going to take my place as technological leaders in industry and government in the world,” Curbeam said.

A graduate of the Navy Fighter Weapons School (Top Gun) and Navy Test Pilot School, Curbeam logged more than 3,000 flight hours in 25 different aircraft and spacecraft.  He earned an advanced degree in aeronautical and astronautical engineering from the Naval Post Graduate School in Monterey. He received his bachelor’s degree with merit in aerospace engineering from the U.S. Naval Academy.

While serving as a Navy pilot, Curbeam was selected as an astronaut in December 1994. He went on to serve in technical and management positions within the Astronaut Office and as director of safety, reliability and quality assurance for the Constellation Program before leaving NASA for the private sector in 2007.