STEM City USA: Fireside chat with the 2021 Black Engineer of the Year at the First Annual Green Summit 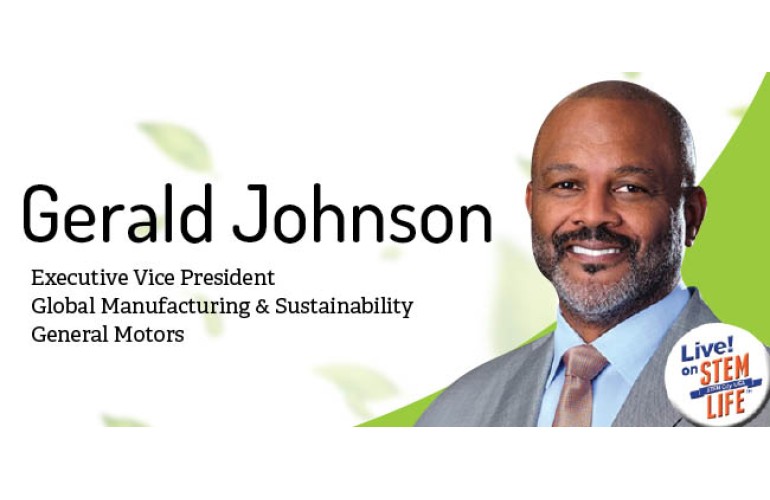 Five years ago, GM targeted ‘zero crashes-zero emissions-zero congestion’ not just as an initiative but as the company’s mission.  Johnson said that while it was a really big vision, it also reflected what the automaker thinks of its role in industry and the role that cars play in the lives of millions of people across America and around the world.

To lead a sustainable future that brings everybody in, GM has invested in Factory Zero, the company’s most recent presentation on how to build automotive vehicles. GM is committed to having zero-emitting production in the United States by 2035.

“Of course, it’ll be doing it with an EV (electric vehicle) battery assembly operation serving an EV product,” Johnson said. “Factory Zero represents our largest investment in any plant facility, and it’s aimed at an all-electric future and the products that we can produce to see the transformation of the future that’s not only meaningful for General Motors and the auto industry, but it’s meaningful for the planet and our world.”

The Detroit/Hamtramck Assembly, now called Factory Zero, has been an asset for years. “It still has a place in the future as an electric factory,” Johnson said. “Factory Zero is an expression of GM’s commitment to zero crashes, zero-emission, and zero congestion.”

Zero congestion is a leap forward but speaks to where GM thinks its autonomous technology can take us, helping people save their most precious commodity: time.

Applying technologies in new ways to give new outcomes

Johnson said Factory Zero represents the first highly automated introduction of the electrification platform they will use to make all of GM EV production. Johnson also noted the shift is as impactful as moving from horse and buggy to internal combustion engine.

“Like most shifts in industry, battery technology has matured to the point where we think it competes with what offerings we have in an internal combustion engine,” Johnson said. “Over 50 percent of people shopping for a vehicle today will consider an EV. Of those driving an EV today, 87% said they would never return to an internal combustion engine.”

As part of its commitment to sustainability, GM hopes to have all its facilities on a renewable energy source by 2025. GM has also encouraged its supply base to come along on its environmental, social, and governance (ESG)  journey.

They hope to get suppliers to look at where their energy comes from, non-landfill waste emissions, as well as the recyclability of the products they’re engineering and developing for GM products and vehicles.

Currently, 87% percent of people who own EVs charge in a garage at home, but what if you don’t have a garage? How do you prepare for a future targeted at multifamily units and the urban environment?

Johnson said that’s where GM’s Inclusion Advisory Board comes in. The board members help GM think of inclusion in terms of its product, EV future, and zero-zero-zero mission.

The board also looks at inclusion in terms of how people can be brought into the organization to enable everyone to bring their best selves to work and appreciate the diversity already in the organization. Take a listen: