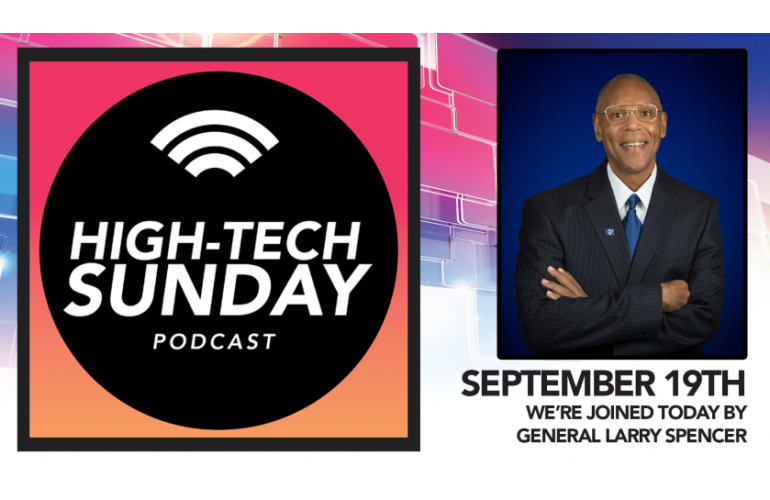 Hosted by BEYA Stars and Stripes, the one-hour podcast will be streamed from the World Auditorium in the Education Discovery Building on the STEM City USA platform.

During the podcast, the general talks about his book: Dark Horse | General Larry O. Spencer and His Journey from the Horseshoe to the Pentagon. The conversation revolves around growing up in Washington D.C., enlisting in the Air Force, and climbing the ranks to four-star general.

Spencer spent over 40 years in the United States Air Force. His last assignment was as Vice Chief of Staff. In this capacity, Spencer was the second-highest-ranking military member in the Air Force. He presided over the Air Staff and assisted the chief of staff of the Air Force with organizing, training, and equipping 690,000 active-duty, Guard, Reserve, and civilian forces serving in the United States and overseas.

Before his assignment as vice chief of staff, the general was director of force structure, resources, and assessment, reporting directly to the Chairman of the Joint Chiefs of Staff. Spencer participated in contingency Operations Desert Shield/Storm, Desert Thunder, Desert Fox, Allied Force, and Iraqi Freedom.

Spencer began his career in the enlisted ranks. He commanded a squadron, group, and wing, and he was vice commander of the Oklahoma City Air Logistics Center. He was the first Air Force officer to serve as assistant chief of staff in the White House Military Office. In addition, he served as chief financial officer and director of mission support at two major commands; and held positions within the Air Staff, Secretariat, and the Joint Staff.

Spencer was commissioned through Officer Training School in 1980 as a distinguished graduate. He received his bachelor’s degree in industrial engineering technology from Southern Illinois University, Carbondale.  Spencer has master’s degrees in business management, from Webster College, and industrial resource strategy, from the National Defense University. He also completed post-graduate courses at Harvard University and the University of North Carolina, Chapel Hill, and was awarded an honorary doctorate by Southern Illinois University, Carbondale.

Currently, Spencer is president of the Air Force Association and president of the Armed Forces Benefit Association (AFBA)/5Star Life Insurance Company. AFBA provides survivor benefits and other benefits to members of the uniformed services, first responders, government employees, and their families. 5Star Life is the primary underwriter of the AFBA member policies and is a growing provider of group and worksite insurance products. Prior, Spencer served as the Air Force Association’s top executive, where he set records for revenue generation, membership growth, and technology symposium revenue, sponsorships, exhibit sales, and attendance. He currently sits on the boards of Whirlpool Corporation, The Triumph Group, and Haynes International. Spencer has two awards named for him: The Air Force General Larry Spencer Innovation Award and the Air Force General Larry Spencer Special Acts and Services Award. He is also a Distinguished Senior Fellow of Fels Institute of Government, University of Pennsylvania.

Spencer is the author of The Green Eyeshades of War, a historical review of financial management during war, published in 2016. Dark Horse: General Larry O. Spencer and His Journey from the Horseshoe to the Pentagon will be published in the fall of 2021.

Tune in on Sunday, September 19, at 3:00 PM EST to the World Auditorium in the Education Discovery Building on the STEM City USA platform.