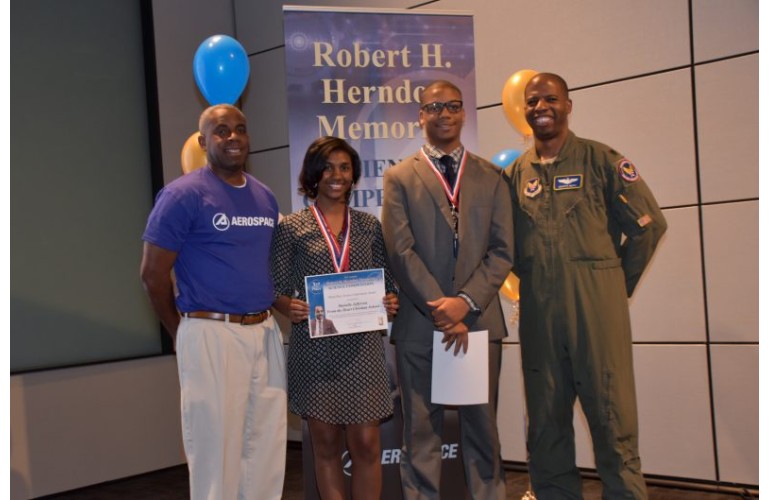 “My mom was a teacher and a single parent of four kids,” said Dr. James Northern at the BEYA Gala in February. I was the oldest and much responsibility was placed on me. I read a lot about famous people but did not know where my talents and skills fitted in. Then after my junior year in high school, I learned about engineering through Florida A&M University’s Minority Introduction to Engineering program. I was hooked,” he said. “My mom was proud to see me become a role model for my siblings. It also led to my rewarding career at the Aerospace Corporation and service to my community.”

Minority Introduction to Engineering (MITE) is a national program for rising high school seniors who have a strong academic record and are interested in exploring careers in STEM and technical degrees while developing the skills necessary to achieve success in science and engineering.

Dr. Northern has worked at The Aerospace Corporation for more than 10 years.  The corporation operates the only federally funded research and development center committed to space-related science and engineering. Currently, Northern is a senior project leader in the acquisition and technology department in the Office of the Director of National Intelligence.

As part of his job, he works with the National Oceanic and Atmospheric Administration (NOAA), a scientific agency within the U.S. Department of Commerce.  NOAA’s mission includes protecting lives and property in the event of severe weather, storms, hurricanes, tornadoes, drought, and flooding.

His outreach efforts support a high school team in the NOVA Labs Robotics Program, a STEM outreach program founded by FIRST (For Inspiration and Recognition of Science and Technology) to help kids discover and develop a passion for STEM. The teams have gone on to successfully compete in the Virginia Robotics State Championship.

He also manages a team of Aerospace volunteer judges for regional science fairs in the Washington D.C. Metro area. and is a founding member and vice president of the Northern Virginia Kappa Achievement Foundation.