A story rooted in a hardworking town called Saginaw 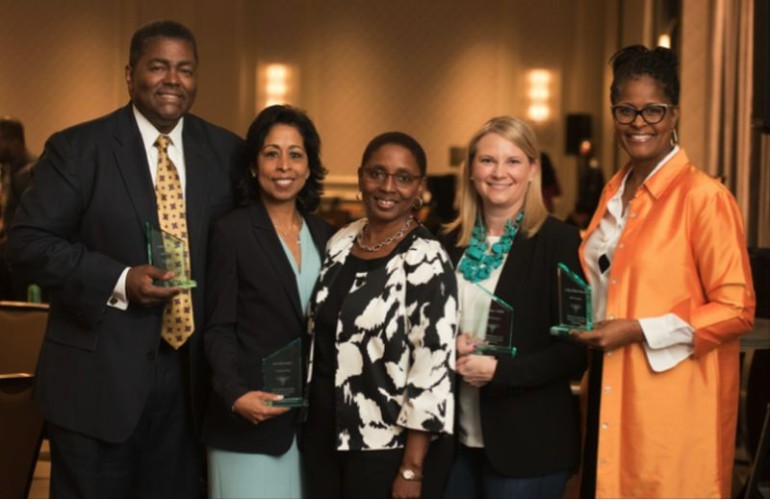 Gherson went on to say that throughout Valentine’s career, he has been committed to the advancement of underrepresented men and women.

“In addition to his “day job” at IBM, he is senior HR Advisor of IBM’s Black Executive Council, advancing its mission to ensure that IBM attracts, retains and develops the best talent and creates an inclusive environment where people can authentically be themselves, and candid cross-constituency dialogue and relationships are the norm,” she said.

Valentine has worked in 27 IBM countries. He also builds relationships across the IT industry.

At a recent ACM Richard Tapia Celebration of Diversity in Computing, sponsored by the Association for Computing Machinery (ACM) and presented by Center for Minorities and People with Disabilities in Information Technology, he served on the plenary panel, “Shifting the Paradigm: A Dialogue with Chief Diversity Officers,” with CDOs from HP, Inc; Microsoft, and Capital One.

“My grandfather spent 20 years in the gray iron foundries of Saginaw, Michigan, a life-shortening existence he did not want to pass on to his boys,” Valentine said.

“So he started JC and Sons Janitorial Services at age 45 and obtained his GED at 55. He only ever asked that I do my best for myself and those around me. So I stand here today in large part because I’m following a path inspired by a simple yet strong black man.  I’m full of pride when I see my daughters, who are here today, benefiting from this foundation. And I’ll continue advocating for those who deserve the same,” Valentine said in his BEYA acceptance speech.