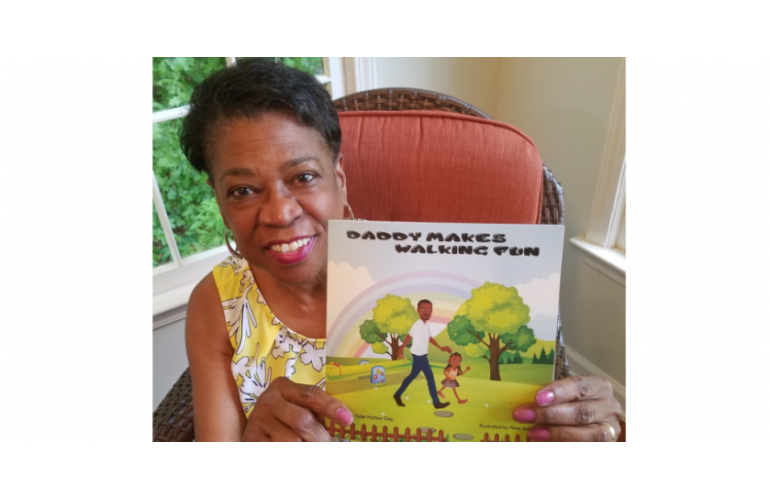 A reading tutor and journalist was so inspired by one of the students she was helping that she wrote and self-published a children’s book about the girl’s close relationship with her father.

‘Daddy Makes Walking Fun’ tells the story of a girl whose father doesn’t have a car and they walk everywhere and talk about everything.

“I’ve been writing fiction since I was a kid,” said Gay, who grew up in Mount Vernon, NY. “I used to sit on our front porch and write plays and stories and include my friends as central characters. I’ve been writing adult short fiction for the last few years and hit a stumbling block during the pandemic, so I decided to switch to stories for children as a fresh start. The girl who I tutored kept coming to my mind. It seemed like her story was begging to be told.”

Gay has also produced a second book, ‘Eyes to the Skies’, a story about a young boy who isn’t a good basketball player but loves learning about stars and space.

During the pandemic, Gay has written six children’s stories, which she plans to publish and release over the next two years under her Better Than Series.

She said the book series focuses on the positives of situations that initially seem negative such as not having something that others have.

“The stories touch on the value of personal interaction with others and not becoming socially isolated by overdependence on technology, electronics, and social media,” Gay said.

Gay, who describes herself as an avid reader, said she hopes her books help to further the reading skills of children and create for them a lifetime love of books and stories.

In 2019, Gay was a tutor in AARP’s Experience Corps tutoring program and tutored three children in reading at Redan Elementary School in Lithonia, Georgia.

She described the experience as “meaningful” and said it has the potential to change young lives.

Gay donates a portion of each book’s printing to local schools and youth programs. Those interested in requesting copies of her books should send an email to fastgale@hotmail.com with Donation Request in the subject line. Books sell for $8 each plus postage and can be purchased at betterthanseries.com.