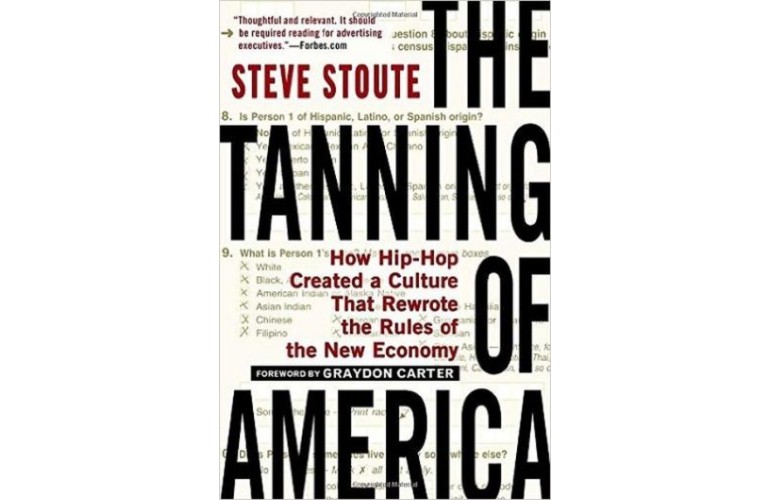 Judging by its title, Steve Stoute’s book, “The Tanning of America: How Hip-Hop Created a Culture That Changed the Rules of the New Economy,” seems on its surface a quintessential read of the exploits of titans of that genre–the likes of Jay-Z, Mary J. Blige, Run DMC, Eminem, Kanye West and many, many others who are name-dropped liberally throughout.

‘Tanning’ hardly is a book about engineering principles or designing hardware and software systems. Stout, after all, has been a music industry executive who now runs a New York multicultural advertising and branding agency, Translation LLC. What the book is about, however, is the way business will be conducted in America going forward.

It is a read, no less by a hip-hop industry impresario, for business people, and that does include engineers and technologists who develop products and services for their own enterprises or do the same at Fortune-level companies. Anybody reading this book, in fact, will understand why Obama won re-election.

Tanning relates to a dramatically changing American demographic where people of color have emerged as key targets for marketing in the new technology-centric economy that Stout contends was precipitated in great measure by the hip-hop movement. And if companies and brands expect to succeed into the future in today’s emerging new economy, they are going to have to shift their marketing and branding strategies to capture this opportunity.

A value of the book, released in September 2011 by Gotham Books, is that Stoute takes the reader through the travails of several global companies he has worked with that were struggling to advance in the new economy, pointing out specific examples of what they did to overcome schisms in their marketing and branding approaches.

What Stoute does in his first-person account is offer advice to businesses on how they can recognize these cultural dynamics and position their efforts in an ever-tanned nation and world. The description on Stoute’s Translation website describes the genesis of his approach: “We are an agency built to help brands thrive in contemporary culture. Though our work ranges from advertising to strategic consulting to new product development and beyond, everything we do upturns convention and shapes a brand’s place in culture.”

In one example, Stoute says a 1986 Run-DMC-headlined hip-hop concert at New York’s Madison Square Garden created a shock wave for executives of the shoe company Adidas when the group, performing its hit “My Adidas,” hoisted the shoe above their heads and exhorted the crowd to do the same. Stoute writes that executives of the staid German company realized at that moment that an immeasurable, untapped market existed for its product.

“Granted, the journey of tanning didn’t begin or happen solely with the advent of hip-hop. But without a doubt, the trajectory was significantly altered on July 19, 1986, at Madison Square Garden during one of the final numbers performed by Run-DMC. Unlikely? Yes. Even more unlikely, tanning history was made that night, all because of a sneaker,” Stoute writes.

Stoute contends that companies and brands must escape from past practices where their marketing and branding efforts would segregate people in order to drive revenue. At the time, Adidas was a brand whose marketing was narrowly focused on what it perceived to be a certain marketable clientele. Stoute says the Adidas example offers a case study of why companies need to be inclusive of diversity and not exclusive of it.

Indeed, Stoute is harsh in his critique of how brands sought to market in the 1980s. “Madison Avenue in the Reagan years went back to the old habits of the ’50s and ’60s of dictating brand worthiness to consumers and then portraying those values in over-the-top fantasy settings,” he writes.

Much of brand segregation hinged on companies’ perceptions of “urban,” according to Stoute. But he outlines in the book that urban isn’t what it once was, citing a definitional change by the U.S. Census Bureau of the term, where, before the 2000 census, it referenced urban as “all territory, population, and housing units located in places with a population of 2,500 or more.” But subsequent to 2000, the Census Bureau pegs urban as a population density of 1,000 people per square mile.

Stoute writes that tanning comes to the fore via a generation of African-American, Hispanic, white and Asian consumers who share a similar “mental complexion” rather than a predisposition to age or race. That complexion, based on shared experiences and values, renders constricted notions of demographics obsolete and is refreshing the American dream, he writes. While this hip-hop generation is buttressed by music, it also extends its influence more broadly into other areas of American life, according to Stoute.

Companies marketing long have associated urban to signify inner city youths and minorities, but in the new economy urban must only speak to density and not race or creed, according to Stoute. What has resulted is a generation of new, young consumers who eschew a culture where race is the dominant broadside. Companies must understand that these consumers see differences in people as being unnecessary and irrelevant, according to Stoute.

“My ultimate goal in writing The Tanning of America is to put an end, once and for all, to the boxing of individuals based on color,” Stoute writes.

“The Tanning of America is more than a chronicle of how we arrived at where we are. I also want it to be a coming-out party for those of you in the generation stepping into adulthood in the new millennium who’ve grown up without the cultural stereotypes of the past.”

Helping to drive the tanning of the marketplace, Stoute argues, is social media. Technology platforms like Twitter and Facebook are breaking down walls, prompting consumers not only to talk to one another but also directly to companies and brands.

“Marketing must evolve beyond the monolog, to dialogue, and to megalogue. No longer can advertising lecture or dictate to customers; interaction and exchange are vital. Add to that the social networking media and technology that the millennials have understood since nursery school, and it means that marketing to the group conversation–the megalogue–must be seamlessly incorporated,” Stoute writes.

The bottom line for his book, according to Stoute, is that hip-hop has created an “atomic reaction” that goes well beyond the music, “blurring cultural and demographic lines so permanently that it laid the foundation” for tanning.