‘Tech Dollars: The Art of Giving’ 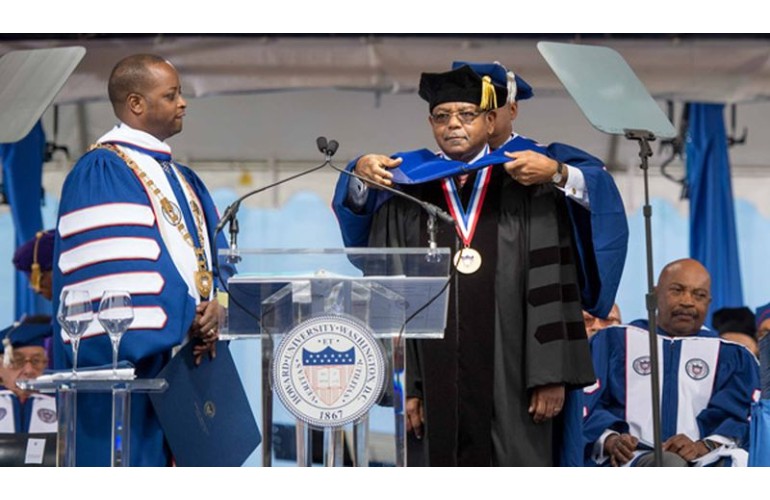 Forbes recently announced that Eddie Brown is featured in the June edition of the business magazine. The story “The Oracle of Apopka: Meet Eddie Brown, One of Wall Street’s Greatest Untold Stories” is published online and in the June Special 2019 issue of Forbes.

“With a succession in place, Brown is giving away his money, inspired by his anonymous benefactor in Allentown. Over the past quarter century, he and Sylvia have distributed over $39 million to dozens of educational, religious and artistic endeavors, especially in Baltimore,” writes Forbes staff writer Antoine Gara.

Brown had just donated $6 million to the Maryland Institute of College of Art (MICA). The gift was made toward the construction of a multimillion academic building, the first new one on the school’s campus in nearly a century. The enrolment of his daughter as a graduate student at MICA inspired Brown’s gift.

“Engineering was very significant in my career preparation,” Brown told USBE magazine. “What I gained in terms of analytical skills and rational thinking translates well into the investment world. Also, since a significant share of investment portfolios go into technical firms, that knowledge gives me an edge.”

Read “The Art of Giving” in US Black Engineer magazine’s Tech Dollars department. The article by Michael Fletcher was first published in the summer of 2001.

According to the Eddie and Sylvia Brown Family Foundation website, the foundation was established in 1994 as a vehicle for the family to support charitable organizations addressing needs in the areas of health, the arts, and K-12 education. The Brown Family Foundation will consider grants that have a direct impact on the African American community in the Baltimore metropolitan area.