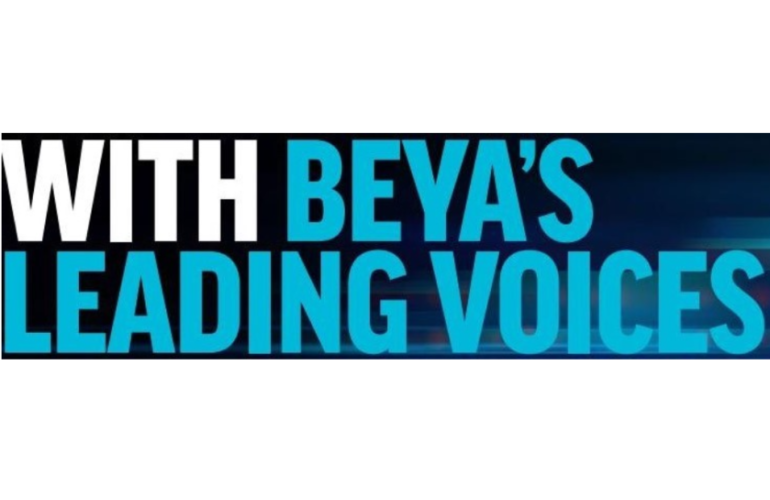 The Black Engineer of the Year Awards (BEYA) Leading Voices Summit will reconvene in June on the STEM City USA platform. In addition to the US Black Engineer magazine reveal of top supporters of historically Black colleges and universities (HBCUs), the Spring summit aims to shine a light on innovators and inventors at minority-serving institutions (MSIs).

Thought leaders in each issue of US Black Engineer magazine will headline engaging events on STEM City USA. Expert commentators will present ground-breaking concepts on research and institutional advancement.

The summit will also showcase the latest technological innovations from top supporters of ABET-accredited HBCU engineering schools and science, technology, engineering, and math (STEM) programs. During the event, participants will hear from vice presidents of research and development at HBCUs and MSIs.

Seminars lined up for the event will feature technology commercialization, economic development, taking research at HBCUs and MSIs to market, artificial intelligence (AI) and HBCUs, the transformative power of 5G, and the US Black Engineer reveal.

Below is a 2017 interview that Dr. Victor McCrary gave to USBE magazine on his vision for a forum of vice presidents of research that would impact networking between corporations and HBCUs. The interview took place at the annual Black Engineer of the Year Awards (BEYA) Science, Technology, Engineering, and Math (STEM) Global Competitiveness Conference.

USBE: Why is the role of Vice President for Research important?

It is really important because more schools in the past decade have broken out into the position of Vice-President of Research or in some places the Vice Provost of Research. From a business point of view, Academic Affairs brings tuition; that’s a revenue line. Athletics and Student Affairs are revenue lines, also. Research has to be considered a revenue line as well. Research doesn’t directly make money for schools, but it raises the school’s profile in terms of its capacity to be seen as innovators and creators of knowledge. People go to a place like Stanford not because they can get a calculus course; they go there because of the reputation of its research and its reputation to translate and commercialize that research. Students go there because they can get their start-ups funded. That’s why the VP is important.

In 2011 and 2012, approximately $65 billion in federal research and development was given out to America’s colleges and universities. Of that, less than $500 million went to all 105 HBCUs. That’s less than one percent!

I had an idea two years ago to bring five vice presidents for research together from what I consider the top five HBCUs in research – Howard University, North Carolina A&T State, Florida A&M, Tuskegee, and Morgan State. This was around the same time the White House had its annual HBCU Week initiative in Washington, D.C. One of the things we explored was how HBCUs could participate in more of those $65 billion federal opportunities.

When I look at that $500 million versus the $65 billion, I figured we could either get depressed or look at getting those numbers. One of the big things we discussed was contracts. Traditionally, HBCUs, as well as majority schools because of their teaching mission, have gone after grants, but contracts are really where the big money is, as well as the opportunity to build capacity. We decided to band together to approach contract opportunities. We left the conversation asking how we could all work together within the different opportunities each of us has. We think it’s now time that the VPs of these universities, who have influence with the presidents and are respected by the boards can meet and talk about how we can develop a path forward to make sure our institutions are competitive going forward.  If you look at the national stage, many of the issues students are facing are in these areas. Take, for example, cyber security. There are not enough cyber security professionals. HBCUs have a great opportunity because they have a higher percentage of U.S. students who attend their institutions.

USBE: Has the forum for the strategy been successful so far?

Building research capacity in our institutions is going to be critical for student success. It will also be a differentiator for why parents send their kids to historically black colleges and universities. As you probably know, 90% of African-American students do not go to HBCUs. The questions are, what attracts that 10% that does, and how do we make that number more inclusive? While we have a legacy of being an HBCU, we want to attract a diverse population, from Latinos, Caucasians, and international students, you name it. Again, people go to school because they want to get credentials, and they want to gain experience. From the social experience of meeting different people, to also getting educational and research experiences, students want to know that when they get off the stage, there is a job that is waiting for them because they have been exposed to cutting-edge research.

USBE: Is this the first time an executive council like this has been created?

This is one of the first in about a quarter-century since the creation of the Deans Council. We are now bringing the HBCUs together, but we are starting small. We invited the 15 ABET-accredited schools of engineering that make up the Advancing Minorities in Engineering consortium. If you look at the Carnegie classification of schools, there are only 10 HBCUs that are classified as doctoral research universities. Right now we want to start with a focus on that group of HBCUs to be able to work together and then move forward, starting with the question of how we can join forces and put joint proposals in for large contracts and grants.

USBE: What value can the Executive Forum bring to corporate America?

The industry is looking for quality people. They realize that diverse teams, as has been proven by studies, produce highly-developed, creative outputs. These teams bring solutions that monetize themselves between 10 and 15 percent on the S&P’s. That’s real money. We’re not talking about diversity from an altruistic or feel-good sense. It makes economic business sense. The second thing the industry would like to engage in is actually doing research. There are very few corporate research laboratories. A lot of research in the industry has been subbed out to universities. We see this as a great opportunity. By building strategies and considering how we engage industry, we want to start doing corporate research already being done in other large institutions.

USBE: So the Executive Forum will hopefully bring new people as well as new avenues for research?

Exactly. Let’s say a drug company is looking for drugs that impact STDs or HIV and needs to understand public health patterns; it can come to a place like Morgan State and talk to Dr. Lorece Edwards, who is doing great research in the area of prevention. Or, a company could talk to Dr. Kevin Kornegay, who is doing work with the Internet of Things in the School of Engineering. I envision the industry coming to him to discuss how he can help with presenting the packing of our embedded computer systems. I see this happening because graduate students and graduate faculty are more economical to employ than maintaining an in-house public research faculty. This forum is about HBCUs becoming leaders in the business of research. This forum is important because this is where America’s executives can come and engage initially with the university. I’m not suggesting that we take away the traditional path to university presidents and provosts, but oftentimes in the business of research, you want to talk to an executive who is about the business of research. The vice presidents of research are the touchpoint that representatives from GE, IBM, Google, Facebook, Oracle, etc., can call and talk to directly about research and collaborations in developing technology. This forum creates a corporate portal where many industries can directly engage.