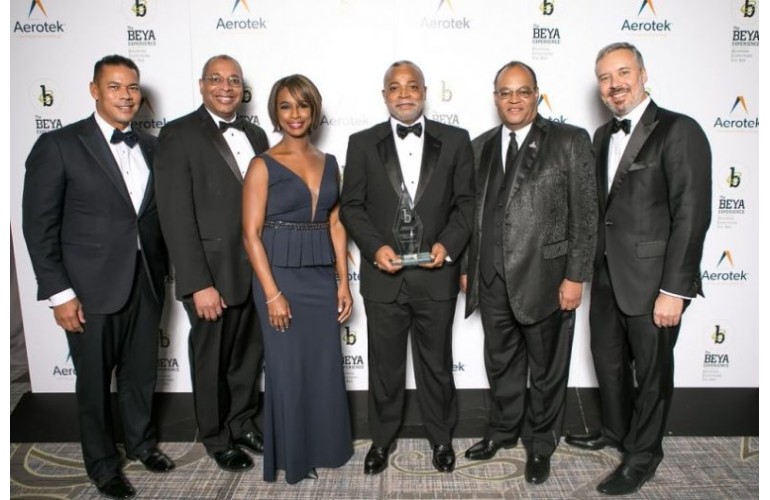 “Race, age, experience, geography, language, none of these should restrict you. All of these are assets,” said John D. Harris, the 2010 Black Engineer of the Year. And what a decade it’s been since those stirring words. So much has happened during the period that will end on December 31, 2019.

According to Education Next, although the percentage of black children living in poor neighborhoods declined from 24 percent to 15 percent, high-poverty neighborhoods began to increase again in this decade. The study noted the trend line for all black children followed a similar pattern, showing the increased likelihood that black children across socioeconomic strata live in disadvantaged neighborhoods.

In a recent paper, a Brookings Institution fellow argued that for all the $1 trillion investment a year in education, and $88 billion to $590 billion on training, most corporate investment goes to workers that are already highly educated. Joseph Parilla outlined strategies local leaders can use to better develop the skills of workers in their communities.

But here’s how Black Engineers of the Year make a difference:

David  L. Steward is Chairman of World Wide Technology (WWT), which he founded in 1990. Based in Maryland Heights, Missouri. WWT has been a top reseller for more than a decade and counts Fortune 100 companies as customers. Since before Steward was named the 2012 Black Engineer of the Year, he’s been a regular attendee at the BEYA STEM Conference. He also serves on the board of the Global Leadership Forum, or GLF, which works to unite and empower a network of organizations focused on developing talent for the science, technology, the Arts, engineering, and math (STEAM) workforce. At the 2018 BEYA STEM Conference, the man himself presented an award named in his honor.

The David Steward Legacy Award recognizes “technology and business leadership, passionate support for STEM, and commitment to diversity, inclusion, and mentorship in schools and non-profit organizations.”

History always matters, are the famous words of a veteran magazine writer.

Freeman A. Hrabowski, the 2013 Black Engineer of the Year, is only the second-ever college president to take top honors in US Black Engineer magazine’s annual selection of industry leaders, military stars, and role models for tomorrow’s youth.

Dr. Hrabowski has been president of the University of Maryland, Baltimore County (UMBC) for more than 25 years. He is widely celebrated for his work with educational partners to make UMBC a model for science, technology, engineering, and math (STEM). UMBC is the nation’s #1 producer of African American undergraduates who go on to complete MD/PhDs and the top non-historically black college and university (HBCU) in producing African American undergraduates who complete PhDs across the natural sciences and engineering.

After graduating with a Bachelor of Science in computer science and economics from none other than the University of Maryland, Baltimore County, Lockheed Martin Corp. brought Stephanie C. Hill on board as a software engineer.

Although she regards herself as an “accidental engineer, Hill’s work with missile systems like the Navy’s Sea Sparrow earned her the “Most Promising Engineer” award at the 1993 BEYA STEM Conference. Twenty-one years later, she was named the 2014 Black Engineer of the Year for career-long leadership and commitment to promoting STEM education.

“I call myself an accidental engineer because when I started college, I majored in economics to get my accounting degree and I took classes in COBOL programming, she told USBE magazine.

“For the longest time, I couldn’t decide whether I wanted to major in economics or switch to computer science because, with every elective, I took more and more of computer science. I fell in love with it. It was so much fun! Then in my junior year, I had to declare. So I decided it was going to be both.”

Hill graduated with a double major in computer engineering and economics from UMBC and continues to raise awareness about opportunities in engineering.

Did you know that the 2015 Black Engineer of the Year created the trophy that honors the most outstanding car, truck and utility vehicle of the year? The award embodies a vision of a vehicle in the same way the statue for the Oscars represents an ideal version of the human form. Before he retired, Edward T. Welburn and his team were responsible for the design development of every GM concept and production car and truck globally.

“I really want to help young people to understand the possibilities in a career. “I want to help them understand if there is something they’re really passionate about they need to really focus and study and dream and work hard to achieve that,” he said.

Born in Havre de Grace, Maryland, he matriculated at Georgia Tech after finishing high school in 1982, winning appointment as an Air Force ROTC cadet and as a NACME Scholar. He graduated with honors as an aerospace engineering major and flew away in Air Force blue in 1986. With double grad degrees in hand in 1991, Captain Jones left the Air Force. He returned to Maryland for the full-time pursuit of a doctorate in aerospace engineering. While at Maryland, he got active in student government and in minority student organizations, educational causes he supports to this day. At Northrop Grumman, Dr. Jones provided technical leadership during aircraft design for the Hawkeye, the airborne early warning and battle management aircraft used by the U.S. Navy fleet.

“Morgan is among the nation’s top producers of black engineers, and that is due largely because of one man: Eugene Deloatch,” said Dr. David Wilson, the 12th president of Morgan State University. “His record of success nationally in increasing diversity in the field of engineering is a matter of great pride for him personally and for Morgan State University. We join with many hundreds of his former students whose lives he has touched over the years to express our gratitude for his dedication and service,” Dr. Wilson said.

“I can’t think of a better thing I could have done from the time I started as an instructor in engineering at Howard University,” Dr. DeLoatch said. “It couldn’t have been a better thing to do because it did start my professional career,” he said.

“It was about wanting to expose as many young people to a field little known, as I see it, in the African-American community–a very critical field for the progress of this nation. I have no regrets taking the route of higher education and engineering as a public matter and doing it in an environment where I could impact the thought processes and the decisions to become an engineer in the historically Black colleges and universities in our country,” he said.

Click here to register for the 2020 BEYA STEM Conference

HELP! Our church On the Eastern Shore of MD is in need of a structural engineer
Would like a list of companies preferably African American to help with our project. Thank you for any assistance you can provide.