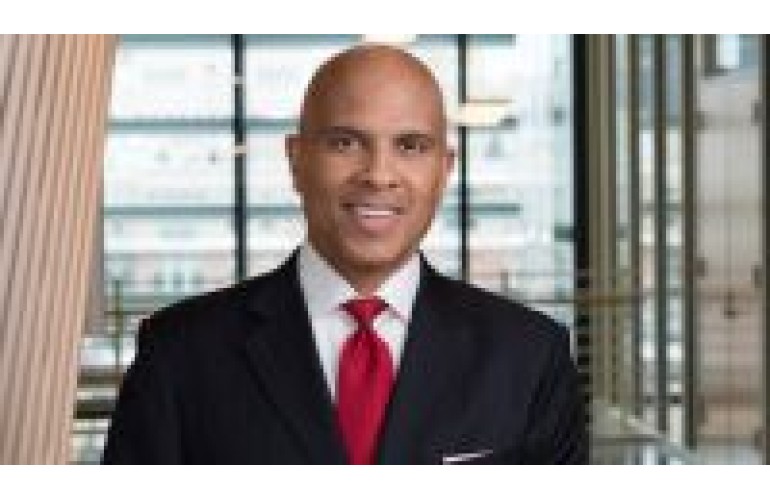 Donald Trump and Hillary Clinton have received their respective party nominations. Make no mistake: When they face each other in the fall, it will be nothing less than a battle for America’s racial soul.

As the criticism of his response mounted, Mr. Trump said he did actually disavow Duke and blamed his earlier non-committal statement on a “bad earpiece.” Because of the equipment malfunction, Mr. Trump said, “I could hardly hear what he’s saying.”

For American voters, what really matters is not what Mr. Trump could or could not hear, but what David Duke heard by listening to Donald Trump.

Duke explained that he supported Mr. Trump for president because he believes that Mr. Trump is a leader who will “break-up Jewish dominated lobbies” and “ensure that White Americans are allowed to preserve and promote their heritage and interests.”

Why does Duke feel confident that Mr. Trump shares his hate-filled vision of America? Because so much of Mr. Trump’s appeal is based on racial code words and turning back the clock on civil rights progress since World War II.

When Mr. Trump entered the presidential race, he launched his campaign by impugning an entire population. Mexicans coming into the United States, according to Mr. Trump, might include a few good people, but far too many were “rapists” and “criminals.”

He proposed keeping Muslims from coming to America, at least on a temporary basis. Of course this is unworkable; how would he possibly identify the religious faith of everyone coming into this country? The significance of the proposal is that it deliberately insults the religion of over 1.5 billion people, much to the delight of the religiously intolerant.

When asked about the problem of the use of excessive force by police against minorities, Mr. Trump responded, “police are absolutely mistreated and misunderstood.” Mr. Trump shows frighteningly little concern for minority victims of police brutality. To Mr. Trump, the primary solution is giving “power back to the police, because crime is rampant.”

Modern day candidates like Donald Trump always deny using racial code words. Mr. Trump confidently declares, “I have a great relationship with the blacks.” The best way to tell, however, that a dog whistle is being used, is when racists like David Duke come racing over in support.

The Republicans have not addressed this with any adequate response.

Hillary Clinton, though, can confront Mr. Trump’s race-baiting. Her campaign has embraced the slogan “Breaking Every Barrier,” which “champions opportunities for poor and excluded communities, vowing to destroy obstacles of equality in the economic, education, racial, gender, and LGBT arenas.”

In speeches, debates, and policy papers, Ms. Clinton made clear that racial inequality throughout American society must be addressed and that “America must be made whole.”

Ms. Clinton observed that the issues raised by the recent deaths of so many black victims as a result of actions by law enforcement personnel highlight the need for reformed police practices. While Ms. Clinton recognizes that body cameras on every police officer will help, she emphasizes economic solutions as well.

As Ms. Clinton explained to a civil rights group in February, “what’s needed to provide economic opportunity is, better educational chances for young people, and more support for families so they can do the best jobs they are capable of doing to help support their own children.”
Most recently, disputes between the candidates over issues of race have spilled over to their supporters.

At a Trump event in Cleveland in mid-March, a Black Lives Matter supporter was told to “go back to Africa,” and at a canceled Trump rally in Chicago later that same week, an African-American protester was punched by a white Trump supporter who later suggested if the protestor returned, “we might have to kill him.” When asked about the incident, Mr. Trump responded, “he was looking into paying the supporter’s legal fees.”

In contrast, Ms. Clinton accused Mr. Trump of “pitting Americans against each other” and later vowed to “work against Trump’s hateful rhetoric.”

Hillary Clinton’s articulation of the problems and commitment to implementing solutions that could unify Americans will create a sharp contrast with Donald Trump’s racial innuendoes and divisive language. The stakes of this election are indeed high, with America’s racial soul up for grabs.

Archon Michael Higginbotham is the author of “Ghosts of Jim Crow: Ending Racism in Post-Racial America” and is the Joseph Curtis Professor of Law at the University of Baltimore School of Law.

“Trump: We Must Give ‘Power’ Back To Police To Fight ‘Rampant’ Crime”
https://talkingpointsmemo.com/livewire/donald-trump-black-lives-matter-crime

“Donald Trump: ‘I Have a Great Relationship With the Blacks'”
https://www.theatlantic.com/politics/archive/2011/04/donald-trump-i-have-a-great-relationship-with-the-blacks/237332/

“Donald Trump loves Hispanics, but the feelings aren’t mutual: If he makes it to November, they won’t forget his toxic hate speech”
https://www.salon.com/2016/02/26/donald_trump_loves_hispanics_but_the_feelings_arent_mutual_if_he_makes_it_to_november_they_wont_forget_his_toxic_hate_speech/