The Dream Maker: How One Man Created More Black Engineers Than Anyone in History 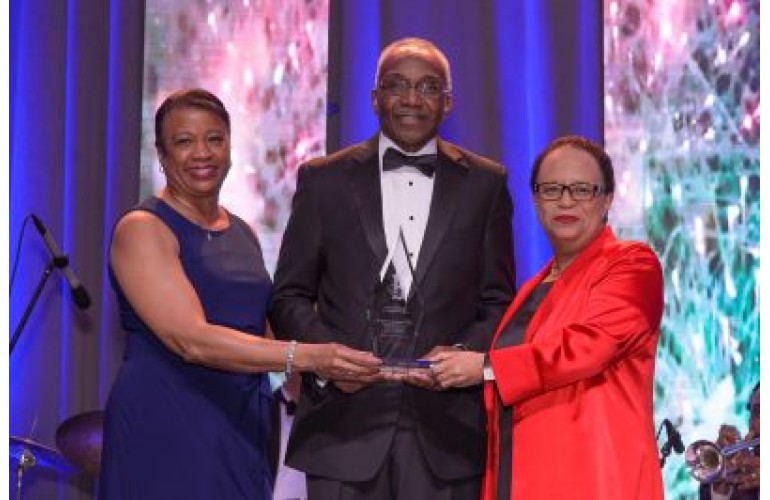 Once a bootstrapping startup, Morgan State University’s School of Engineering has grown into a top producer of engineers for the American workforce. That success is due in no small part to the work of one man: Eugene M. DeLoatch.

Dr. DeLoatch is founding dean of the Clarence M. Mitchell, Jr. School of Engineering at Morgan State University, a position he assumed in July 1984. Clarence Mitchell (March 8, 1911 ‒ March 19, 1984) was a civil rights activist and chief lobbyist for the NAACP for nearly 30 years.

In the summer of 1990, when the Clarence M. Mitchell, Jr. School of Engineering building was still being built-with sixteen teaching laboratories and five research laboratories-Dr. DeLoatch told the Baltimore Sun about the other challenges facing his program’s future.

Among them: Regional employers that were cool to form relationships with Maryland’s public urban university engineering program or even hire its graduates.

Dr. DeLoatch also acknowledged in July of 1990 that although corporate response had been underwhelming, there were “notable exceptions,” such as Whiting-Turner Contracting Co., Westinghouse Electric Corp., and Martin Marietta Corp., which merged with Lockheed Corporation in 1995 to form Lockheed Martin Corporation.

Since 1960 Dr. DeLoatch has helped stretch the boundaries for engineering students.

He holds Bachelor of Science degrees in mathematics and electrical engineering earned at Tougaloo College (1959) and Lafayette College (1959) respectively. His advanced degrees are a Master of Science in electrical engineering (1966) and a Ph.D. in bioengineering (1972), which were both received from the Polytechnic University of Brooklyn. He served as faculty at Polytechnic Institute of Brooklyn, City College of New York, and the State University of New York.

“When I left school, less than one-half of one percent of all the engineers in the country was African American,” Dr. DeLoatch told USBE Online in July 2016.

“It was an area where we had little knowledge of, and participation in, when I graduated with my first engineering degree. It had nothing to do with capability but the way engineering grew.

“I had an opportunity to expose others to something of value,” Dr. DeLoatch said.

Morgan State’s School of Engineering admitted its first class in 1984, and the first graduates received degrees in 1988. Ten years later, a 40,000 sq. ft. building was added to the engineering school. The facility provided more classrooms, research laboratories, a student lounge, and a 2,200 sq. ft. library annex.

“I can’t think of a better thing I could have done from the time I started as an instructor in engineering at Howard University,” Dr. DeLoatch said. “It couldn’t have been a better thing to do because it did start my professional career,” he said.

“It was about wanting to expose as many young people to a field little known, as I see it, in the African-American community–a very critical field for the progress of this nation. I have no regrets taking the route of higher education and engineering as a public matter and doing it in an environment where I could impact the thought processes and the decisions to become an engineer in the historically Black colleges and universities in our country,” he said.

As an active member of the American Society for Engineering Education, Dr. DeLoatch was elected to the position of vice president for public affairs (1998-2000), chaired the society’s Projects Board, and was a member of its Public Policy Committee. Additionally, he was a member of the Editorial Board of ASEE’s Journal of Engineering Education, was past chair of its College Industry Partnership Division, and was chair of that division’s Peer Review Committee.

Dean DeLoatch is a past president of the American Society of Engineering Education (ASEE). At the time of his election to the presidency of ASEE in 2002, he became the first African American to hold that position in its history. Among his many past assignments were his tenures on the National Research Council’s Board of Engineering Education and membership on the Technical Advisory Board of the Whirlpool Corporation.

He serves as longstanding chairman of the Council of Deans of Engineering of the Historically Black Colleges and Universities.

One of Dr. DeLoatch’s primary concerns is that the United States maintains its global leadership in engineering and technology, which is manifested in his dedication to seeking the best-prepared persons to commit to careers in engineering and science. Dr. DeLoatch has spent much of his professional life in addressing this issue.

One day at lunch with USBE magazine publisher Tyrone Taborn in 1984, he shared his concern to get more minorities and women interested in science, technology, engineering, and math (STEM) and his idea for addressing the need. As a result, the Black Engineer of the Year Awards (BEYA) STEM Conference was launched in 1986, with Morgan State University as its sponsor.

Since its inception in 1984, Morgan State University’s Clarence M. Mitchell, Jr. School of Engineering has earned an outstanding reputation for excellence in the preparation of undergraduate and graduate students.

“Morgan is among the nation’s top producers of black engineers, and that is due largely because of one man: Eugene Deloatch,” said Dr. David Wilson, the 12th president of Morgan State University.

“His record of success nationally in increasing diversity in the field of engineering is a matter of great pride for him personally and for Morgan State University. We join with many hundreds of his former students whose lives he has touched over the years to express our gratitude for his dedication and service,” Dr. Wilson said.