‘The Few. The Proud. The Marines.’ 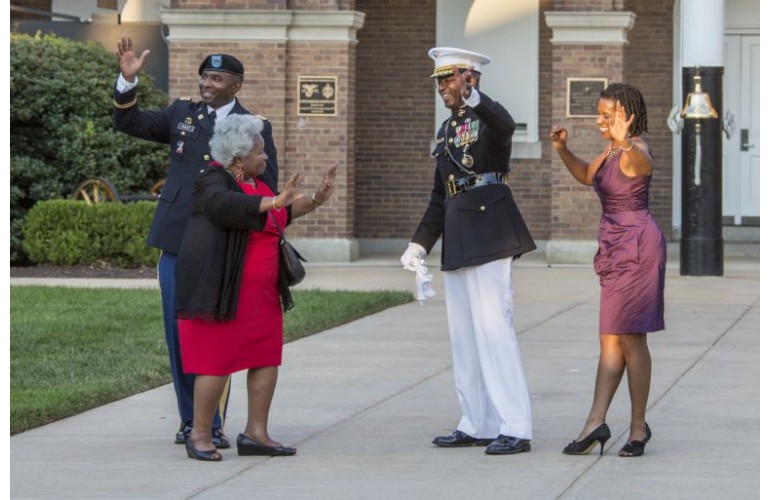 To celebrate the 242nd birthday of the United States Marine Corps on Nov. 10, we bring you profiles of veteran Marines that have been featured in USBE’s annual Star and Stripes list.

Over his more than 40-year career, Ronald Bailey served as company commander, chief of professional military education, plans officer, J-5, Headquarters U.S. European Command and ground lieutenant colonel’s monitor. He was promoted lieutenant-general in June 2013 and assigned to Headquarters Marine Corps as deputy commandant for plans, policies, and operations. Prior, he commanded more than 26,000 men and women in the oldest and largest active-duty division, the 1st Marine Division. After graduating from Austin Peay State University in 1977 with a bachelor’s degree in biology, he was commissioned a second lieutenant in the Marine Corps and went on to serve as an infantry officer.

Lieutenant General Walter E. Gaskin retired from the Marines Corps on November 1, 2013, having completed 39 years of service. When he was confirmed by the United States Senate on March 19, 2010, and promoted to lieutenant general on March 22, 2010, Gaskin was the fourth African-American in Marine Corps history to achieve the three-star grade. Gaskin graduated from Savannah State University’s NROTC Scholarship Program with a Bachelor of Science in 1974. Gaskin is the managing director in charge of the Operation Management Complex of Global Bank.

Before retirement from the Marine Corps after more than 36 years of service on November 19, 2011, Maj. Gen. Anthony L. Jackson commanded Marine Corps Installations West. He attended San José State on a full football scholarship and was a team captain in 1970. He went to officer candidate school in 1975 and his first assignment was Camp Pendleton. In May 2011, he was awarded a Doctor of Humane Letters (h.c.) from the Trustees of California State University and San Jose State University. In November 2012, he was appointed a director of California State Parks, where he oversees a system of nearly 1.4 million acres, with over 280 miles of coastline; 625 miles of lake and river frontage; nearly 15,000 campsites; and 3,000 miles of hiking, biking, and equestrian trails.

In May 2015, Major General Craig Crenshaw assumed his current position as the commanding general, Marine Corps Logistics Command Albany, Georgia. Crenshaw began his career as a logistics officer. He was commissioned a second lieutenant in the Marine Corps in 1984 through the NROTC Program. He earned a Bachelor of Arts in Political Science from Southern University, Baton Rouge, Louisiana.

Major General Craig Q. Timberlake is commanding general 3rd Marine Division. He enlisted in the Marine Corps in 1977 and was promoted to staff sergeant in January 1982. Two years later, he was commissioned through the Enlisted Commissioning Program in August 1984. He was promoted brigadier general in January 2011.

Brig. Gen. Terry Van Williams is the first African American commanding general aboard the U.S. Marine Corps Parris Island boot camp in Port Royal, which transforms 20,000 young men and women into Marines each year. He took up the post of commanding general of Marine Corps Recruit Depot Parris Island and the Eastern Recruiting Region in June 2014. Williams was commissioned as 2nd Lieutenant in the Marine Corps in 1986 after graduating with a bachelor’s in mathematics from the University of California in Los Angeles.