The Greatest Generation Marches On 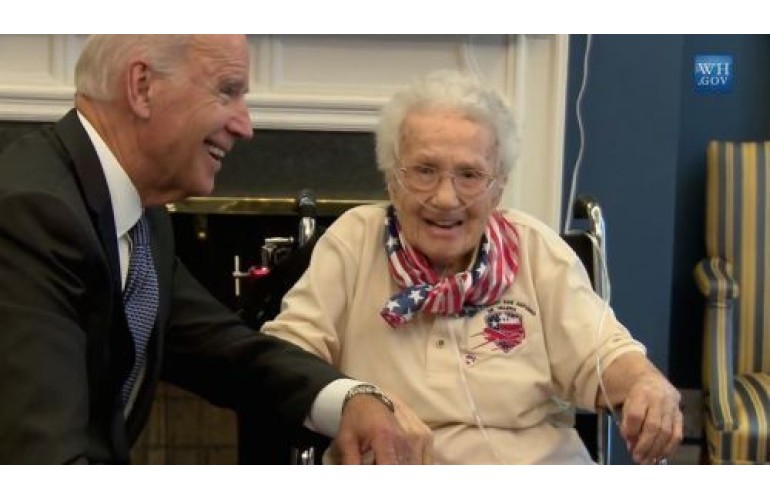 “I am so honored to have met this incredible lady,” Bexar County veterans service officer Queta Marquez told San Antonio Express. “She was truly a pioneer, and full of life and spunk.”

Coffey died overnight in her sleep, Marquez said, adding that she had been sick this week and suffered a chronic cough.

Last July, Stars, and Stripes said that Coffey’s dream of going to the Women in Military Service for America Memorial in Arlington, Virginia finally came true.

Coffey was greeted with thunderous applause July 25 at Reagan National Airport and was welcomed to the White House by President Barack Obama and Vice President Joe Biden, the paper said.

“She’s waited over 65 years to see her memorial. … Not too often we get to bring a veteran to the White House to meet the president and the vice president. They spent some time with her and thanked her for her service,” Allen Bergeron, chairman of the Austin Honor Flight, said.

Though Coffey – who was part of the Women’s Army Corps during World War II – did not walk and cannot speak much, she was actively engaging with the people around her