The Impact of an HBCU Grad: Matthew Reeds on Morgan State in Baltimore 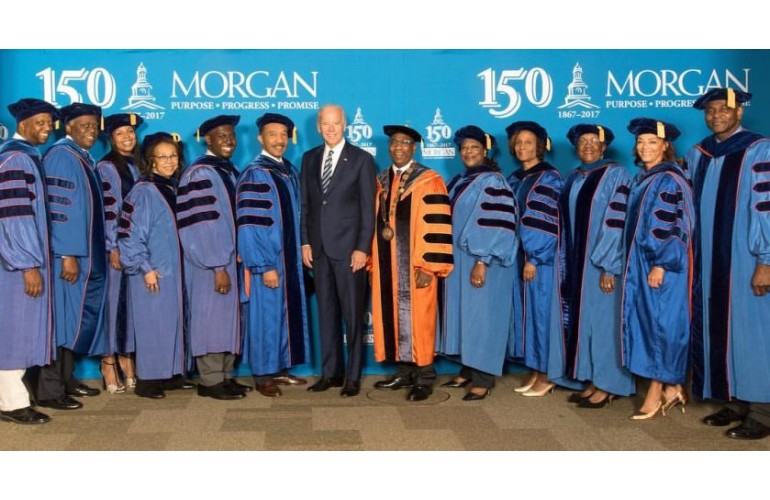 Matthew Reeds entered Morgan State University in 2013 with a fistful of scholarship dollars, including The Legg Mason Community Scholarship.

The annual scholarship, which was established to provide full tuition for eligible Baltimore City public high school graduates who wish to pursue their education at a four-year public institution in the state of Maryland, was renewable after Matthew’s first year of college.

More than 70 percent of the students attending Morgan State come from within the state of Maryland.

Matthew’s mother, a first-generation student, graduated from Baltimore’s Coppin State University and went on to a successful career as a city educator. Through her eyes, young Matthew grew up understanding the sense of community that the historically black college and university (HBCU) experience provided.

At Morgan State, he took full advantage of the university’s excellence in teaching and research. He made the Dean’s List (2013-2017) and was named “Most Outstanding First, Second, Third, and Fourth Year Student” (2014- 2017). Matthew also served as Student Regent (2016-2017) on the Morgan State University Board of Regents, representing the student voice of over 7,500 students (undergraduate and graduate).

The Governor of Maryland appoints Board members for six-year terms, except for the student regent who is appointed for a one-year term. The Board appoints the University President, sets admission standards, approves university policies, budgets, and establishes the regulatory framework within which the individual units operate.

In 2017, Matthew graduated with a Bachelors of Science in Information Science and Systems. He first landed a position at Goldman Sachs and then Legg Mason. Currently, he is an associate in their corporate social responsibility/corporate philanthropy team.

Recently, he was appointed to the Morgan State University Foundation board. The organization advances the university’s mission of teaching, research, and community outreach by managing private funds for scholarships, facilities, and academic programs. The foundation addresses the needs of the university community in areas where government funding is limited or unavailable. Below are excerpts from a recent USBE interview with Matthew Reeds.

Why did you choose to attend an HBCU?

HBCUs have a crucial role in the social and academic progression of our youth. HBCUs provide such a rich and deep cultural perspective to many of the relevant issues not only impacting the black community but our global communities. After I graduated from Baltimore Polytechnic Institute, I searched for the institutions that were not only culturally relevant but also versatile. Morgan State University was ideal for me, as it provided a level of academic rigor that rivaled top institutions in the country.

What important lessons did you learn?

One of the lessons that I learned while attending Morgan State University is the value that each individual brings to the table. As individuals, we all come from different backgrounds. These are distinct; varying in culture, language, geographical location, and perspective. It is because of these varying backgrounds that I love Morgan State. An institution that housed people from around the world, and brought them together with the sole purpose of educating.

Do HBCUs still matter?
I believe HBCUs matter more than ever. Birthed in basements after the Civil War, HBCUs were created to educate Blacks that were not allowed into higher education institutions of the time. The role of the HBCU may not function the same way, however, its role is just as valuable.

“We currently operate in a political climate that permits certain narratives about minorities, people of color and those without substantial financial support. HBCUs mitigate the social pressures that many of these groups face. HBCUs have functioned as the backbone for thousands of black families, and they will continue to do so in the future.”

What advice do you have for anyone considering attending an HBCU?

My advice would be to prepare yourself to be challenged. Understand that …you have a responsibility to uphold the cultures and the histories of your institution wherever you go. Prepare to be loved, for the people at these institutions not only want to see you succeed but also want to see you develop into a professional.

How are you giving back?
While I was still a junior in the Earl E. Graves School of Business, I donated five thousand dollars to Morgan State University, to encourage alumni donations. As a senior in college, I saw that there was a level of social and political disregard in the City of Baltimore to the programs and medical assistance to those affected by autism and sarcoidosis, (so) I developed the Reeds Autism and Sarcoidosis Fund, a non-profit that directly combats the social, political, and financial constraints that those impacted with autism and sarcoidosis face.