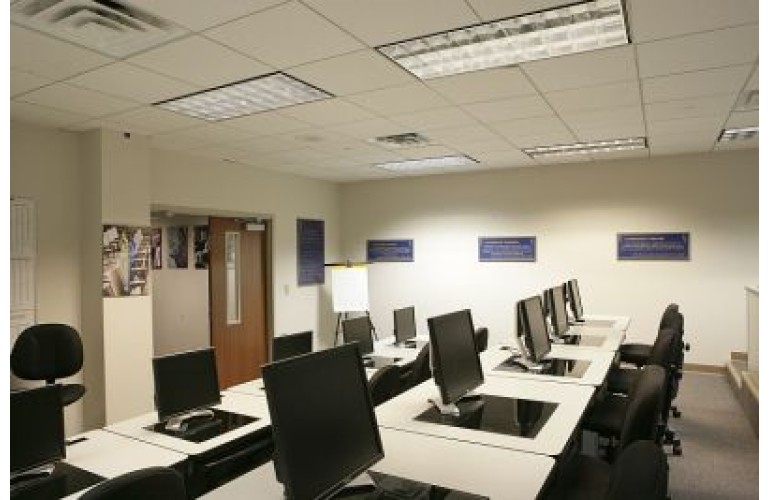 In 2001, when Allstate Insurance Company donated its former Sunbelt Support Center, a 192,600-square-foot facility valued at $20.5 million, to Jackson State University (JSU), it became one of the largest single gifts to the historically Black Mississippi university.

Four years later, the Mississippi e-Center at JSU is a major technology research and incubation center for information technology-based businesses. It has computing and network infrastructure, IT faculty, and staff, to support a wide range of technology-enhanced activities: electronics-based teaching, learning, research, and community outreach.

At the unveiling of the development, Dr. Ronald Mason Jr., president of JSU, forecasted that the center would be a major component in making Jackson the IT hub of the South, in turn making the school more appealing to a wider range of students.

Dr. Willie Brown is vice president for Information Management and has also served as executive director of the e-Center since the facility was acquired. He notes, “There are a lot of academic components and research projects that include students. Things like our virtual reality systems, e-Ph.D. programs, and the graduate engineering program all draw a wider range of students than before.”

Dr. Brown says e-Ph.D. students make use of IT resources in the e-Center, which has fully integrated classrooms with computers at students’ stations, distance learning capability, and multimedia support.

Also offered at the e-Center are e-research projects, including collaborations between JSU faculty members, private companies, and government agencies. One example of such a project is occurring at the Center for Integrated Data.

“They are actually working on a project for the Department of Defense. It’s a vertical integration of data between Radiance Technologies, professors at JSU, and a couple of other universities that have roles within the project,” said Dr. Brown.

Another project is held at the Geospatial and Visualization Research Center.

“Activities there include geographic information systems, remote sensing, and scientific visualization,” Dr. Brown explained. “JSU has expertise in collecting remotely sensed data captured from satellite or airborne cameras, giving our faculty and students the ability to learn about remote sensing.”

Technical training and business development are two major areas of the e-service program. Industry certification, such as the CISCO Networking Academy program, A+ certification, and Microsoft training are available to JSU students and the Jackson community.

Brown said, “The idea has been to have tenants who may be working on a project, and right down the hall is somebody who has a great deal of expertise and can support that project.”

“The center has room for 25-30 companies; there are probably 20 in there right now,” said Brown. “The e-Center is fulfilling its mission of helping to develop high-tech companies.”

The latest tenant to move into the e-Center is the Mississippi Office of Homeland Security (OHS).

Commenting on the OHS’s move back in October 2004, Edwin L. Worthington, director of the Mississippi Office of Homeland Security said, “It’s a wonderful fit for us. The facility offers many needed features, such as a high level of security and other tenants with high-tech resources who we hope to partner with in the future.”

In October 2005, the e-Center was host to the 2005 National Research Symposium, a platform to discuss research findings and the latest advancements in science, technology, engineering, and mathematics. The symposium was co-sponsored by the National Science Foundation’s Louis Stokes Mississippi Alliance for Minority Participation program, the National Institute of Health’s Research Initiative for Scientific Enhancement program, and the HBCU undergraduate program.

I simply want to tell you that I am just new to weblog and absolutely savored this web-site. More than likely I’m likely to bookmark your blog . You definitely come with remarkable well written articles. Kudos for revealing your blog.

Your site is a very beautiful.