The Most Wonderful NASA Moments 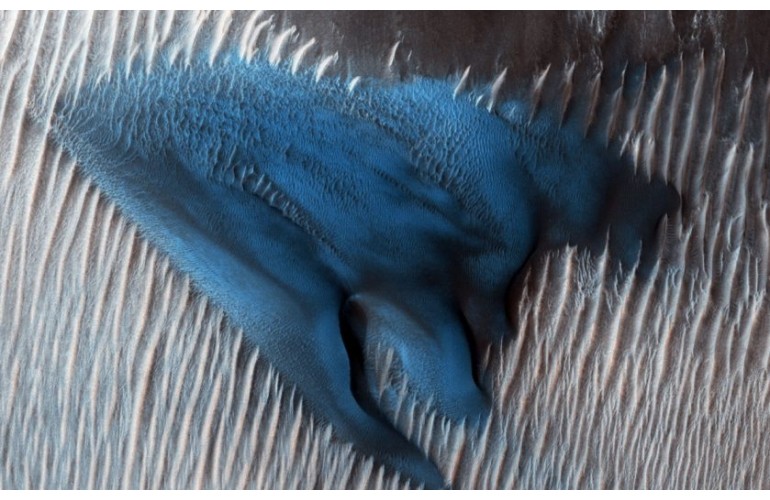 In January, NASA’s Mars Reconnaissance Orbiter gave us a glimpse of a large dune in turquoise blue. (Photo courtesy of NASA/JPL-Caltech/Univ. of Arizona).

Dr. Eugene Parker, a pioneer in heliophysics and professor emeritus at the University of Chicago, watched the launch of NASA’s Parker Solar Probe. According to NASA, this is the first agency mission named for a living person.

The spacecraft was built by Applied Physics Laboratory of Johns Hopkins University to perform close observations of a star when it travels through the Sun’s atmosphere, called the corona.

On Nov. 16, Parker Solar Probe reported that all systems are operating well in the first detailed performance and health update sent to Earth by the spacecraft since its first solar encounter. Illustration of Parker Solar Probe approaching the Sun. Credits: NASA/Johns Hopkins APL/Steve Gribben

“We hit the Martian atmosphere at 12,300 mph (19,800 kilometers per hour), and the whole sequence to touching down on the surface took only six-and-a-half minutes,” said InSight project manager Tom Hoffman at NASA’s Jet Propulsion Laboratory.

InSight will operate on the surface until Nov. 24, 2020. NASA-JPL InSight engineer Ashitey Trebi-Ollennu builds robotic components for planetary exploration, a dream that began as a young child in Ghana.