“The Path of a Black Naval Officer”: Listen to Episode 48 of the High-Tech Sunday Podcast 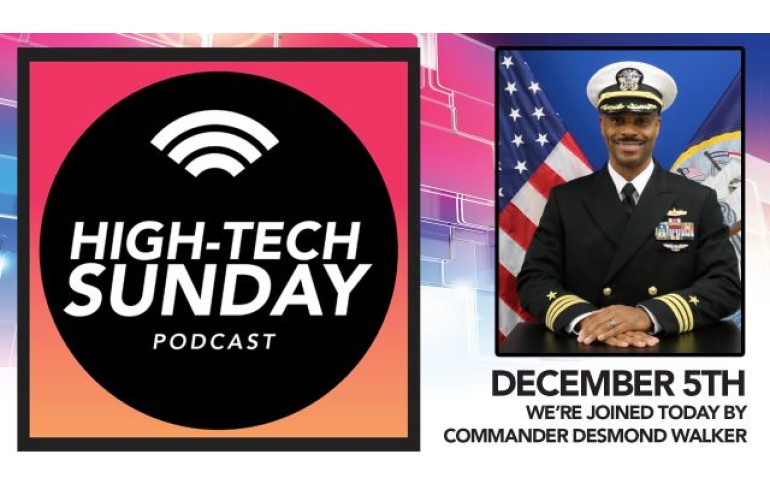 The High-Tech Sunday podcast features topics such as careers in science, technology, engineering, and math (STEM), talent development, mentoring, and more. Since 2020, the podcast has attracted hundreds of Black Engineer of the Year Award (BEYA) winners, and Women of Color (WOC) STEM award winners, and Career Communications Group (CCG) hall of fame alumni.

We cordially invite you to join us on Sunday, December 5 at 3:00 PM EST as the hosts sit down for the 48th episode with navy career officer Desmond Walker to discuss the “Path of a Black Naval Officer.”

Commander Walker is a 2022 BEYA winner for Career Achievement.  The award is presented to a mid-career professional who has made significant achievements in engineering. The committee looks at the body of work produced by the nominee, the social and economic value and impact, and the nominee’s performance as a role model and mentor for minorities in technology. The 36th annual BEYA STEM Conference takes place February 17-19, 2022.

“CDR Walker’s extensive record of mentorship, selfless service, and dedication to developing talented leaders demonstrates his steadfast and exceptional commitment to the U.S. Navy and our nation,” said Captain R.C. Francis, U.S. Navy. “He is, therefore, most worthy of the recognition afforded by the Black Engineer of the Year Career Achievement Award.”

Commander Desmond Walker has made quite an impression at sea and ashore. In 2017, he received the National Naval Officers Association (NNOA) Captain Sallee Kafer Mentoring Award and the NNOA Doris “Dorie” Miller Award in 2018 for improving the connection between accession, retention, and mentorship of naval officers. In June 2020, his commentary titled “The Burden of a Black Naval Officer” was published in Proceedings, a monthly magazine published by the United States Naval Institute.

Originally from Hollandale, Mississippi,  Walker graduated from Norfolk State University in 2005 with a Bachelor of Science in electronics technology. He also earned a Master of Engineering Management from Old Dominion University in 2012, a Joint Professional Military Education Phase I from Naval War College in 2015, and a Master of Business Administration from Central Michigan University in 2020.

High-Tech Sunday is produced by and for Career Communications Group’s community of alumni and professionals in STEM fields, thought leaders, and aspiring students, to bring a concentrated discussion around technological advancements and achievements based on universal moral principles. The one-hour podcasts are streamed every Sunday.

Listen to High-Tech Sunday on the Women of Color Facebook page, YouTube, ​in addition to Apple Podcasts, Google Podcasts, Podbean, TuneIn, and Spotify.