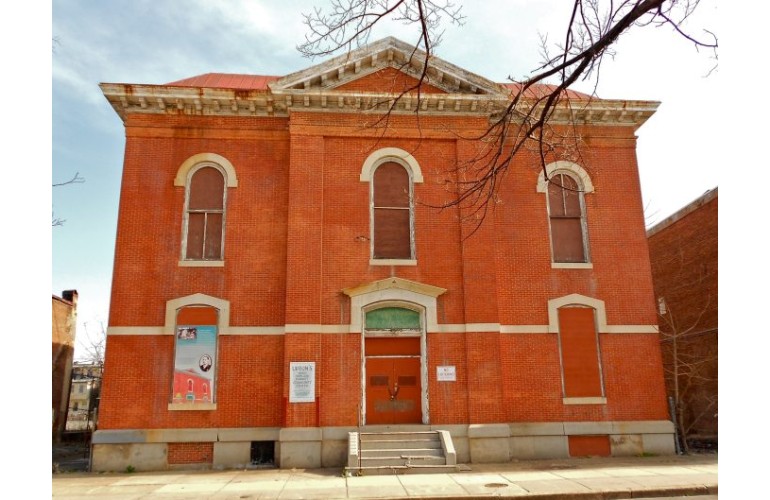 WBALTV announced Monday that a crew is getting ready to break ground on a community center planned for  West Baltimore. The morning news report said the center plans to revitalize the historic district and involves redeveloping Public School (PS) 103, which burned in 2016, into the Thurgood Marshall Amenity Center.

Joining WBALTV morning news, Rev. Al Hathaway, CEO of the Beloved Community Services Corporation, said PS 103 School was developed by a man named George Fredericks, who also designed the Baltimore City Hall. But the school became famous when the world found out that Thurgood Marshall attended the school as a young child (1914-1920).

“He is our native son,” the reverend said on television “We want to make sure that we celebrate his legacy.” Thurgood Marshall was the U.S. Supreme Court’s first African American justice.

In addition to teaching young people about ethics and the law, the city also plans an educational project that will focus on aviation, airport management, and hospitality.

“We are going to introduce people to STEM City and the metaverse,”  Hathaway said. “They will be immersed in a new world and new reality.”

STEM City is an interactive virtual community that provides professional development tools and resources. The digital community center is designed to bring the resources needed for educational, health, and career success in one place and aims to close the economic divide that plagues underserved communities today.

The physical ribbon-cutting of the amenity center is planned to coincide with what would have been Thurgood Marshall’s birthday in July 2023.

Located in the Old West Baltimore Historic District, the district is roughly bounded by North Ave., Dolphin St., Franklin St., and Fulton Ave. in west Baltimore. The school is located at about 1315 Division Street.