The winners of the Outstanding Technical Contribution Award at BEYA 2022 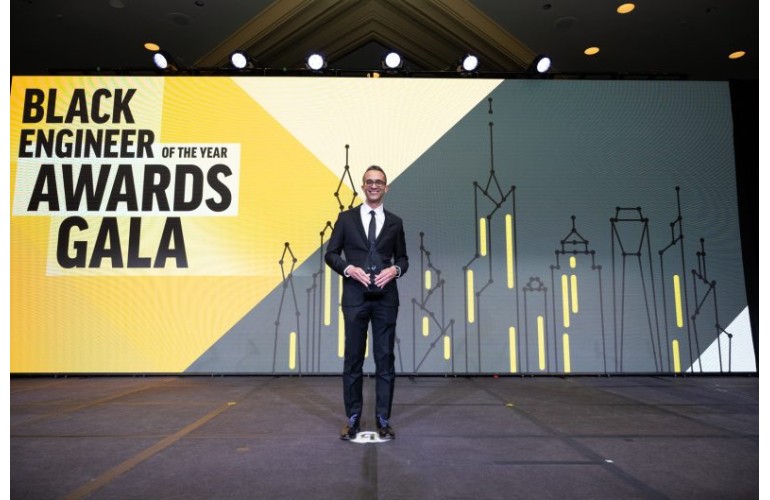 Christine Dedrick is a systems engineer with the U . S . Army Combat Capabilities Development Command Aviation & Missile Center. She is a leader in the Army’s infrared countermeasures product office’s aircraft survivability equipment project office and works on lightweight, laser-based infrared countermeasure systems that will be used to defeat current and emerging missile threats to keep soldiers safe.

Presenting the Outstanding Technical Contribution in Government Award at the BEYA gala, Lt. Gen. James M. Richardson of the United States Army Futures Command said Christine brings solutions to some of the army’s aviation problems. Her technical competence was critical in developing the next-generation capability to protect U.S. aircraft against advanced enemy missile systems. She helps improve lifesaving systems that are essential for army warfighters.

“I grew up on a farm in rural Alabama, where we grew vegetables and raised animals for meat,” Christine said during her acceptance speech. “We had a loving family, but times were hard. I wanted to help my parents have a better life. I fell in love with math and science at an early age, and I was encouraged to go to the University of Alabama where my father was a janitor,” she continued.

After graduating with a bachelor’s degree in engineering, she went on to do a master’s degree in business administration. Then, she landed her first job with the federal government and twenty-five years later continues to enjoy workforce opportunities. She hopes to be a source of inspiration, hope, and encouragement to others.

Kimberley Warren, a vice president at MITRE and director of health-related federally funded research and development centers, introduced the second winner of the Outstanding Technical Contribution in Industry Award.

James T. O’Neal, Jr., is a health and life principal. While the race for a COVID-19 vaccine was on, O’Neal marshaled MITRE’s biomedical science, health communications, and data management capabilities to engage the public on convalescent plasma to combat the effects of the virus. James’s initiative reached more than 140 million Americans and generated over 600,000 plasma donations. In his acceptance speech, James stressed the importance of faith and hard work, as well as finding purpose in his career by being of service to his community and the nation.

Dan Heller, vice president at Lockheed Martin, said Demia Readoux, a senior manager for digital engineering solutions, is known for driving speed, agility, and competitiveness across the engineering organization at Lockheed. Demia exemplifies technical leadership as she lifts and encourages the next generation of engineering leaders as an avid STEM advocate.

“As a child, I loved math and computers but didn’t know what I wanted to pursue,” Demia said in her acceptance speech. “After high school graduation, I was accepted into INROADS, where I engaged in a series of internships. One of them connected me with a network of Black engineers doing amazing work,” she continued. Inspired by those experiences and the example of her Uncle Michael, an engineer and family-oriented person, she knew then that she wanted to be an engineer.

Phil Buckelew, a general manager of IBM Cloud, said progress at IBM is as much about progress and equal opportunity as it is about technological advancement. Many technical accomplishments have marked Wesley Leggett’s career, such as creating IBM’s Public Cloud Storage. Currently, he is a designated distinguished engineer and chief technical officer for IBM Cloud Storage at IBM.

Wesley said he wanted to be a pharmacist like his mother. After she resigned from that job and started a bicycle tour company, she would take the family on some of her trips.

” One summer, I brought along a 1400-piece Lego super pack, with a working engine and drive train,” Wesley said. “I remember the look on my father’s face when he saw that I put it all together by myself,” he said. “I didn’t lose a single piece.” Later in life, Wesley took that passion, attention to detail, and the joy his mother found in entrepreneurship to build a career in information technology.