There’s So Many Ways to Be a Scientist, says High-Tech Sunday Podcast Guest Colletta Orr 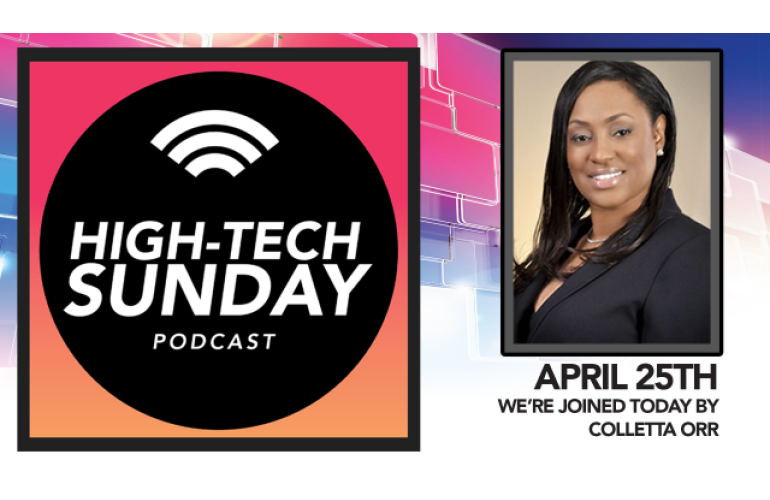 For the 31st episode of High-Tech Sunday, Colletta Orr, an award-winning cancer research scientist, CEO, author, and communicator, talks about various careers in her science, technology, engineering, and math (STEM) pathway. Having seen the devastating effects of hereditary cancer in her family, she made it a mission to understand and fight breast and ovarian cancer.

As a research scientist, Colletta Orr held positions at Georgetown University Lombardi Cancer Center and The National Cancer Institute. She worked as a bench scientist for 15 years doing basic research.

More recently, she has served as a cancer consultant, working with hospitals to develop informational programs for cancer survivors. She has partnerships with major hospitals throughout the United States, and with pharmaceutical companies. As a scientific writer and community liaison, she translates what’s been done in the laboratory to the public.

Colletta is also the founding CEO at Colletta Orr & Associates, which educates women about the risks of breast and ovarian cancers. Her consulting services are designed to help women get the resources needed to begin conversations with their physicians that can be lifesaving. In 2015, she wrote and published Cancer Doesn’t Always Win: A Comprehensive Guide to Beating Breast & Ovarian Cancer. The best-selling book is available at Barnes & Noble, Amazon, iTunes, and www.CollettaOrr.com. Colletta is also the visionary of the annual Pink & Teal Conference, which is dedicated to communicating with breast and ovarian cancer survivors,  industry leaders, advocates, and members of the community affected by cancer.

Colletta’s scientific career began with a desire to learn about hereditary cancer. In 2002, she graduated with a bachelor’s degree in biology from Voorhees College, a private, historically black college in Denmark, South Carolina. She went on to earn a Master of Public Health from Capella University, an online university headquartered in Minneapolis, Minnesota. Currently, she is in a Doctor of Public Health program at Walden University, an accredited online university with students from over 145 countries.

“Actually, we all have BRCA1 and BRCA2 genes. When they work properly, these genes serve as tumor suppressors, preventing cells in breasts, ovaries, and other body parts from growing out of control. When BRCA genes have a mutation, they are unable to perform their tumor suppressor duty, putting those with the mutated genes at higher risk of cancer.” – Colletta Orr on Instagram and Twitter.

High-Tech Sunday’s weekly program is produced by and for Career Communications Group’s community of professionals in STEM fields, thought leaders, and students, to bring a concentrated discussion around technological advancements and achievements based on universal moral principles.

The one-hour podcasts are streamed every Sunday. They can be accessed through the Career Communications Group (CCG) YouTube channel, in addition to Apple Podcasts, Google Podcasts, Podbean, TuneIn, and Spotify.