These award-winning researchers are powering change 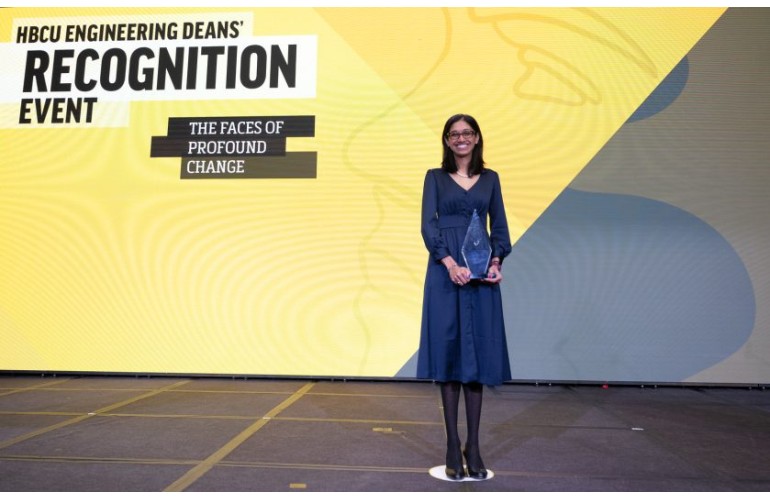 The HBCU Engineering Deans’ Recognition Event was held Saturday, February 19. In addition to the Legacy awards, which are traditionally presented at the event a diverse group of science, technology, engineering, and math (STEM) professionals received the Research Leadership Award for public health and epidemiology, building excellence in environmental research, and embedded systems cybersecurity.

The awardees include Rakhee Palekar, MD, a chief scientist for public health and epidemiology at The MITRE Corporation, Tolessa Deksissa, Ph.D., director of the Water Resources Research Institute of the College of Urban Sustainability and Environmental Sciences at the University of the District of Columbia, and Chris Jenkins, Ph.D., a principal member of the technical staff at Sandia National Laboratories.

During his ten-year tenure as a cybersecurity engineer at Sandia, Chris Jenkins has made important contributions. His “strong record of technical contribution to important areas, coupled with his commitment to leadership, collaboration, mentoring, communication, and service, make him an excellent candidate for this award,” said Michael J. Burns, associate laboratory director of national security programs.

A contributor to many aspects of cyber-physical and embedded systems cybersecurity, Jenkins has partnered with Purdue University over the last two years to determine the strength of the patent-issued moving target defense (MTD) algorithm he created. His work has explored integrating MTD into real-time communication systems employed in space systems and other national security-relevant communications architectures. His current research represents Sandia’s national commitment to space systems and Sandia’s strategic investment in the Science and Technology Advancing Resilience for Contested Space (STARCS) campaign.

Researchers at Sandia launched the seven-year mission campaign in 2019 to develop the science, technology, and architecture needed for autonomous satellite protection systems.

Rakhee Palekar is an international thought leader in pandemic preparedness and response, especially influenza and respiratory virus disease threats and emergencies. Dr. Palekar is the chief scientist for public health and epidemic epidemiology at the MITRE Corporation. Early in her career, she worked as a primary care physician within a federally-qualified health center.

She then transitioned into public health, first as a Center for Disease Control and Prevention (CDC) epidemic intelligence service officer, then as a medical officer within the CDC Influenza Division, and finally as a team lead for the Influenza and Respiratory Virus Team for the World Health Organization (WHO) America’s Regional Office.

During her public health career, Dr. Palekar mentored many students and colleagues in public health and epidemiology and published more than 30 scientific articles, based on her work, in prestigious peer-reviewed journals.

“Rakhee has dedicated her career to forging unique, impactful, global research innovations. The work of our company, and by extension government sponsors and the public, have been undeniably and deeply enriched by Dr. Palekar’s many contributions,” said Dr. Jason Providakes of The MITRE Corporation.

Tolessa Deksissa has been instrumental in building excellence in environmental research, teaching, and training capacity. He co-led the establishment of UDC’s College of Agriculture, Urban Sustainability, and Environmental Sciences, initiating accreditation, new research projects, and courses, and securing extramural funding through the United States Geological Survey, the United States Department of Agriculture, and the National Science Foundation.  He is also the founding director of the professional science master’s program in water resources management, and the environmental quality testing laboratory.

“Dr. Tolessa Deksissa has made a difference at our university,” said Dr. Victor McCrary, vice president for research and graduate programs at UDC. “He articulates the mission, and through his research efforts builds resilience in our communities. His knowledge, research prowess, and demeanor to help others make him an excellent candidate for this award.”

Deksissa has authored or co-authored more than 40 publications in peer-reviewed journals and conference presentations. He is currently serving as the president of the American Water Resources Association National Capital Region Section.