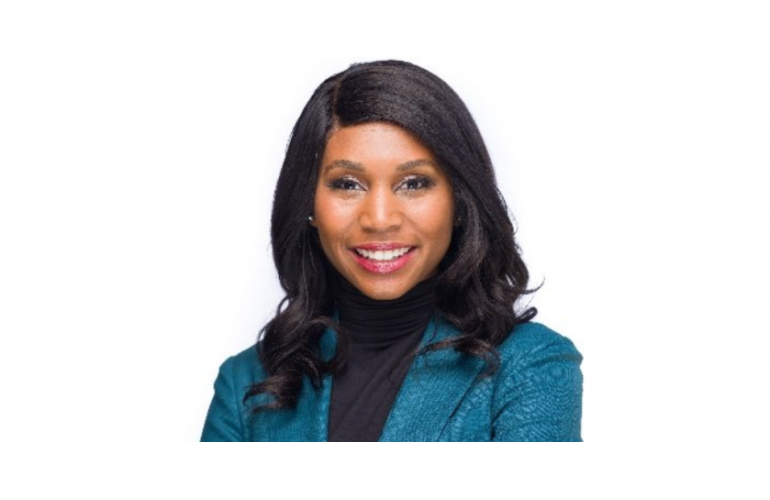 Structural design engineer Sydney Hamilton is committed to her job at Boeing, but she is also dedicated to community activities and leisure.  That’s why she won the Arlington W. Carter Legacy Award at the 2021 BEYA STEM Conference.

In 1990, when Art Carter was named Black Engineer of the Year, he was a lead executive in Boeing’s Missile Systems Division with a “lifestyle that resulted in prodigious work output, seemingly without effort.”

Afterward, she transitioned to Boeing Space & Launch. There she developed and maintained the largest database of additive manufactured analysis at Boeing.

As the responsible engineering authority, she designed, analyzed, and supported the design and manufacturing of satellite reflectors. Presently, she is a manager of the Structure Stress Team in Commercial Aircrafts.

During her career, Sydney has also co-founded Boeing Generations to Generations, an employee resource group dedicated to improving workplace culture across multi-generational talent. In the community, she serves as president of a non-profit called Dramatic Results and is IF/THEN Ambassador for the American Association of the Advancement of Science (AAAS).

In Sydney’s free time she likes to scuba dive, do puzzles, and try new cuisines.

“Sydney Hamilton is a shining example of how one person’s dedication and commitment to service can touch so many lives,” said Pat Cazeau, a director at Boeing and Verticals Executive Test Program manager.

“I believe one of the best places to learn how to manage is through volunteer efforts, such as charities, church activities, and politics. If you can learn to manage volunteers, you certainly learn the techniques for managing within your company. You’ll learn techniques of how to coach, appraise, model, and inspire. These attributes are critical for moving up, for showing you have the maturity and poise. There are some things you don’t learn in school.”

Born in the windy city of Chicago, Arlington W. Carter was educated at a technical high school. He showed what he called “a reasonable interest toward science, math, physics, and chemistry,” and went on to junior college. Then the drums of war rolling across the Korean Peninsula beckoned. In the Air Force, Carter spent four years as a weather forecaster.

After discharge, Carter decided to be an engineer. Unsure which field to choose, he picked electrical engineering “after reading electrical engineers made more bucks.” In addition to making money, electrical engineers working in 1961, when Carter finished at Illinois Institute of Technology, were adapting their new solid-state electronics gear to swing knockout blows at the old ways of doing business. And nowhere was that shift so apparent as in aerospace, where Carter wound up. Carter joined Boeing because he liked the high-tech atmosphere, and he quickly got his hands into activities that had nothing to do with his chosen field but everything to do with how life would be lived in the world he was helping to fashion. Starting out as a Minuteman strategic missile specialist and moving on to the Advanced Surface to Air Missile System, the Safeguard/Sentinel program, and the Strategic Silo Upgrade program, he reached out into community activities inside and outside the corporation.

During the early 1970s, Carter spent two years as a loaned executive for the City of Seattle. There, he managed Seattle Housing Development, a nonprofit corporation that built and refurbished housing for low- to moderate-income residents. He had a $2.5-million annual budget and a staff of 36. Occasionally, he found that the business interests of Seattle Housing Development were diametrically opposed to those of Boeing, his employers. To complicate matters more, Carter worked for a Democratic mayor under a Republican governor, and they often disagreed on policy.

“I had to learn to walk a delicate line in a situation that was more political than corporate,” he told USBE&IT. “But it was rewarding because it helped me to learn about politics.”

It also gave him good management experience. His staff included individuals who frequently had less education and fewer job skills than his corporate co-workers. Worse, when he did get someone properly trained, that person took off for higher pay and benefits in the corporate world. Finally, Carter found that contractual relationships and lines of authority, so clear and compelling in a corporate setting, were often more diffused.

“It was important to be more responsive to community needs, to citizens, and various communities. You have to inform what you’re trying to do and try not to offend,” he said.

In 1978, Carter won his first in-house executive management position as general manager of the Seattle Service Division, a then-new branch with more than 10,000 workers. It not only made him the first Black to serve on Boeing’s Executive Management Team but also gave him significantly broader responsibilities. Earlier, Carter had worked strictly on technology projects. In addition to his work on missile systems, he also managed a $25-million R&D contract to test high-speed locomotives for the Federal Railway Administration.

“In the overall corporate picture, it was not a big job,” he said, “but it was significant for me because I controlled the engineering, purchasing, contract—the whole works.”

Putting that together with his experiences managing disparate skill sets and dealing with multiple constituencies through Seattle Housing Development, Carter knew what to do in his new role. Other Boeing executives had struggled to make the human resources department’s processes work better to provide more direct support to the staffing of individual projects. Under Carter, the department simultaneously staffed two major new airplane programs, the Boeing 757 and 767, which are mainstays in today’s air transport industry.

Carter’s team hired more than 20,000 people with skills in engineering, computing, business, finance, and manufacturing. Recognition of his abilities was not long in coming. Boeing nominated Carter to participate in the MIT Sloan School program for senior executives, the equivalent of Command & General Staff Officer School for military types. And like Army War College graduates, Carter kept moving up as his experiences broadened.

From program manager for the Air-Launched Anti-Satellite (ASAT) program of the 1980s, Carter moved up to general manager of Space Defense Systems in Boeing Aerospace, adding responsibility for Kinetic-energy Weapons, Directed Energy Weapons, and Space Surveillance and Tracking Systems. Under that flag, Carter also served as Advanced Launch Vehicles Program manager and deputy manager for the Space Systems Division, at a time when the public face of space programs—civilian or military—showed very few Blacks at work.

But under Carter’s direction, one unit was indirectly responsible for critical support in Boeing winning the $750million contract for the NASA Space Station procurement. That made Boeing the main contractor for the Space Station Habitat Modules, where the astronauts now live and work. In addition, Carter’s team played an instrumental role in winning a contract for Boeing to build another Initial Upper Stage used to ferry an Air Force payroll into geosynchronous orbit. Carter continued his public-service activities.

He served as King County (Wash.) personnel board chairman, a member of the executive board of the Seattle Hearing and Speech Center, secretary-treasurer of the Northwest Illinois Institute of Technology Alumni Association, president of the Northwest Area NAACP, and chairman of the Western region, an executive board member and loaned executive recruiting manager for the United Way, fund-raising chairman of the Boeing Employees Good Neighbor Fund, president of the Boeing Management Association, and a member of the University of Washington Minority Engineering Advisory Board.

“I’ve been outgoing in terms of voluntary assignments,” Carter told USBE&IT. “They’re not always plums, but I work on the basis they’ll pay off in other ways, and they usually do,” Carter said. Volunteering for non-official functions within the company, such as United Way, is also a way of identifying with the company culture and displaying skills that might not be revealed in a person’s prime assignment.

“Young engineers have to make an aggressive effort to understand the company, its organization chart, and products. Become a part of the fabric of the company and volunteer for activities, which further the company’s goals. As a senior manager evaluating people,” he said in 1989, “I’m always looking for the go-getter, the self-motivated person who is interested in the company. Perhaps things like this are not pointed out in brochures, but they do enhance your potential for advancement.”

In 1988, Carter was appointed vice president of Boeing Aerospace and assigned as general manager of the Defense Systems Division, responsible for missile systems, Strategic Defense Initiative systems, and support services. Among the major programs he led were the Airborne Optical Adjunct system, the Air-Launched Cruise Missile, the SRAM II strategic missile, and the Avenger and Sea Lance missile system programs. In April 1989, Boeing merged two divisions to form Boeing Aerospace and Electronics. Carter became vice president and general manager of the Missile Systems Division, adding new responsibilities for the Peacekeeper/Rail Garrison, Minuteman Missile Support and system improvements, and Small ICBM Hard Mobile Launcher-basing system. At his level, Carter not only had to master and keep up with state-of-the-art space technology, but also the art of political persuasion, a skill he began honing at the Seattle Housing Development Corp. Carter dealt with a wide range of people, within Boeing and in the national polity, from members of the national press corps to members of Congress. To get there, Carter worked hard to balance his work life with his home life. He told USBE&IT that when he first started working at Boeing, he saw that successful executives maintained excellent physical and mental health.

In 1990, when he was named Black Engineer of the Year, Art Carter was vice president and general manager of Boeing’s Missile Systems Division. An electrical engineer, Carter spent his entire career advancing with Boeing, working his way up the ranks of leadership. Retired since 1998, Carter serves on the boards of numerous organizations in and around Seattle, including the Citizens Oversight Panel of Sound Transit, a $4-billion transportation improvement project for the Puget Sound area.